Radio and Weasel are WANTED persons.... again – this time for FAILING TO RESPOND to the earlier warrant of arrest.

10 months ago we reported on how the singing duo was being hunted down for breaking a computer misuse law after posting a video of them speaking ill of their former manager and TNS boss, Jeff Kiwa.

They claimed that Jeff was a MURDERER who had been sacrificing people for the Illuminati business.

This was after Jeff was detained at SID in Kireka barely a day after Herbert – the prime suspect in the killing of a six-year-old Joel Ogema – was arrested claiming he was asked to do so by someone named Jeff Kiwa for a place in the Illuminati community.

However, following the police investigations, Jeff was found clean of any child sacrifice allegations.

After his release, Jeff sued the singers for a whopping 1B Ugx in damages.

We’re told the singers are in hiding but according to the documents we’ve been offered, it might not be for so long.

The principle magistrate at Makindye court has ordered police to arrest the duo IMMEDIATELY wherever they find them.

Here are the exclusive copies of the court order; 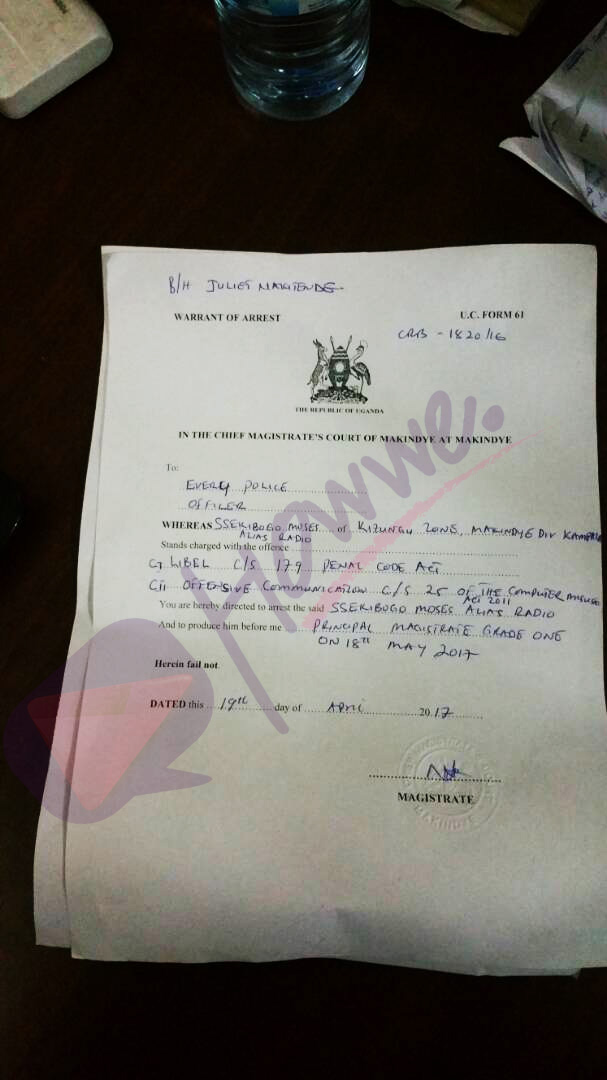 I am Not Ready to Legalise My Bonking sessions - Crysto Panda

Details: Why Lwasa Gifted His Barber with New Ride