'Mother' to Lean on me star Rema Namakula and legendary singer Halima Namakula turned up for son in law's concert Eddy Kenzo at hotel Africana on Friday night.

The Ekimbewo hit maker is the maternal aunt to Rema Namakula and took motherly roles after the singer had lost her biological mother. Surprisingly and what seemed like a shock to many Halima Namakula was spotted in the audience enjoying every bit of Eddy Kenzo's performance.

Our Snoop who was close over heard her saying Eddy Kenzo is the best Muko ever and kept on smiling throughout the show.

The Bet award winner had a successful concert and performed a bunch of his all times hits like Kyomisinga, stamina, Nice and lovely and the crowd's favorite Dagala. 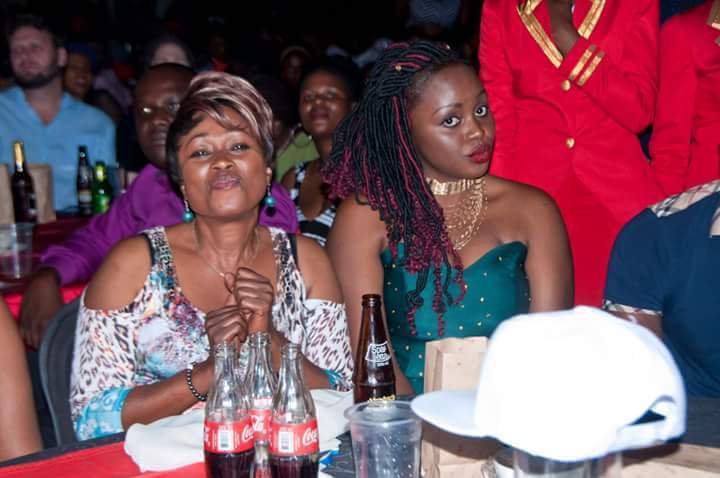