The Ministryof Public Service has announced Tuesday February 16th 2016 as a Public holiday, in honor of the late Arch Bishop Janan Luwum.

In a letter written by the Rt. Hon. First Deputy Prime Minister and minister of public service Hon. Henry Muganwa Kajura to the permanent secretary office of the prime minister, Tuesday 16th Feb will be a public holiday in recognition of Arch Bishop Janan Luwum memorial. 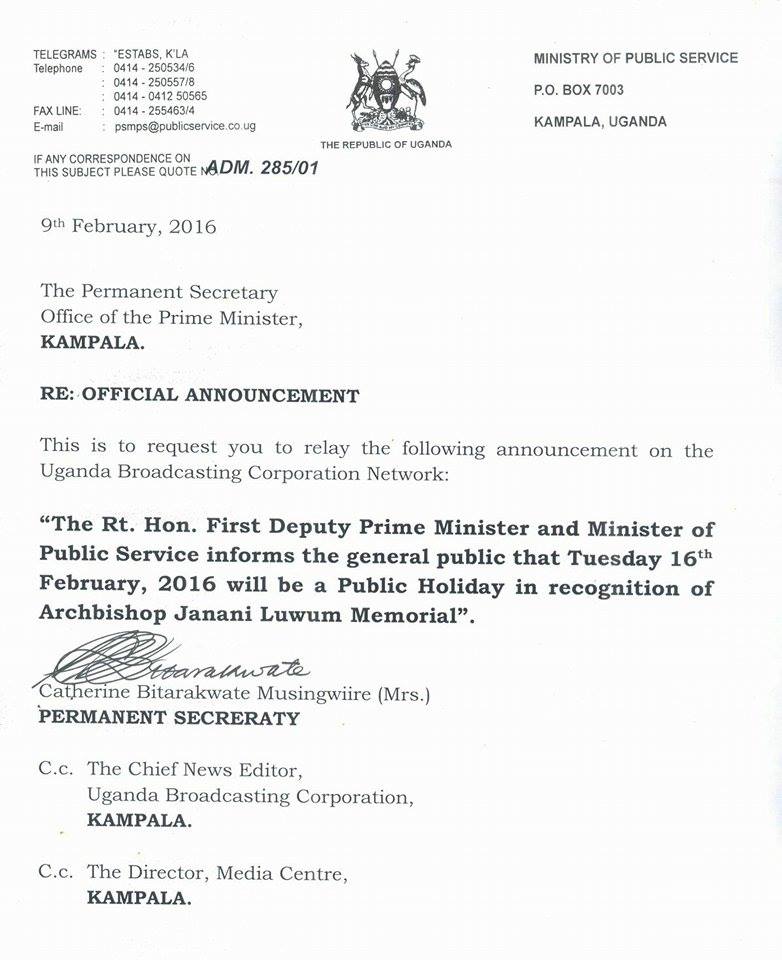 President Museveni declared February 16 a public holiday in honor of former Church of Uganda Archbishop who was killed during Amin’s reign on February 16, 1977 last year. Janani Jakaliya Luwum was the archbishop of the Church of Uganda from 1974 to 1977 and one of the most influential leaders of the modern church in Africa.

He was arrested in February 1977 and died shortly after. Although the official account describes a car crash, it is generally accepted that he was murdered on the orders of then-President Idi Amin.

Momo19 is Not My Type—Meddie More