Yes, Government Etuyambe!, GNL has turned into a monster -- something related to a beast! Oh God what an Ugly look. But hey? The ugly look may turn into the re-birth of Baboon Forest Entertainment.

Well, Mr. Amazing never seems to amaze people like he always does:  putting up killer lines in his songs turning them into a sweet Lugaflow message that even, when you are a Mugishu, you start singing along. That’s what GNL wants to do this year 2015.

The Lugaflow star is in the making of the Video which Howwe can predict it’s going to to be massive though scaring to some guys. Immmh? In this Video, GNL tries to depict some of the scenes that were in MJ song ‘thriller’ video. 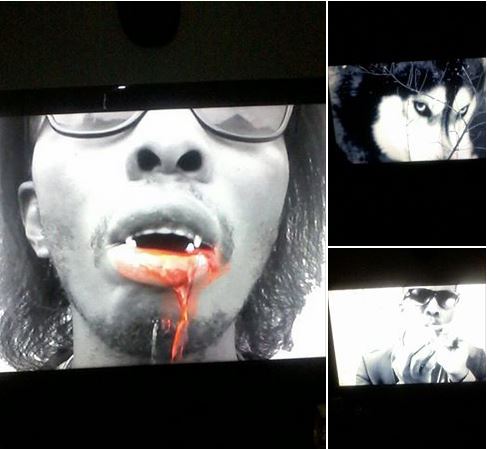 I don’t want to spill so much about the video to avoid spoiling for my fans. But just know it is being produced by the finest videographers in town and this marks the recovery of Baboon Forest. We are reloading this year.

However, our sources have learnt that GNL will be a Zombie in his Video which is expected to be released before the end of this month, and it’s first premier being NTV XPOSED with MC KATS. As usual, Howwe, will hack GNL’s stores to bring you a pirated version before it’s official release.

I Only fell in love with one woman - Crysto Panda

Chameleone won Hearts of Many Despite the Election Outcome - Pallaso

UPDF Soldier in trouble after teenager he shot succumbed to injuries

Lukwago proves too big for Opponents