You remember those songs you used to sing in kindergarten?! ... the ones where ever word had to have a matching motion, sign and gesture?! Ohh ... that was in the nineties--kids don't do that crap anymore. But Mbarara just did and it's really (really) disappointing.

Mbarara is known for having a lot of healthy cattle and quality milk -- the cow symbol means a lot in the west ... that's the culture. It comes with scads of customs and we respect that.

However, awards made in an image of cow horns is a flapdoodle idea and just didn't cut it. Whatever was in the organizers' fluffy minds?! I can't tell.

This brings back memories of Ugandan music videos of the 90's and early 2000s--before the critics, before Radio & Weasel--where male artists would run around flowers and arecaceae chasing dumb video vixens. They were that horrible.

Okey-dokey, everything starts from something ... and now Ugandan videos are actually worth your music obsession time.

'Western Media Awards' on the other hand, had the worst and most disappointing start of all time ... atleast not now. This is not the stone age and they were not inventing anything. 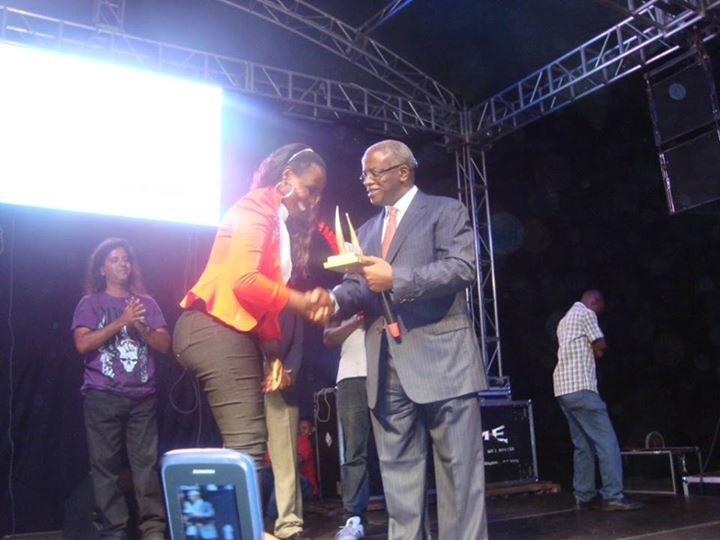 Singer Bebe Cool was paid to perform at the event and he did -- only one song before he realized the guest of honour was a rival to his friend H.E Y.K.M, Amama Mbabazi. As usual, he moved off the stage in disgust, and no plans of refunding the money!

The organizers were not organized, he claims. Trying to keep the officials at the function clock-and-dagger to the singer made him really mad.

Mc Kats is a hero of our generation - Pia Pounds

Vampino to feature his Son in Upcoming Video