The monthly A Ka Dope gathering of musicians, poets and art lovers took place on Friday, November 3 in a new edition dubbed the A Ka Dope Comeback.

The one-evening affair that kicked off shortly after 7pm, featured many different aspects from the previous A Ka Dope editions. Notable was the change of venue from the now-popular Square in Kampala’s Industrial Area to Design Hub, a fast growing hangout in industrial Bugolobi. The other different aspect was the performance line up that featured undiscovered artists in Uganda.

The event scaled to even greater heights, with a new lease of life by Uganda Waragi. On top of the energetic and dynamic music performances, A Ka Dope has seen an addition of an urban party nightlife experience with the Uganda Waragi cocktails immersion.

Speaking of her brainchild, Ugandan writer and actress Coutinho Kemiyondo said A Ka Dope Comeback was organized to showcase fresh talent that needed a spotlight on them. The performance line up was evident of this, featuring less known artists like Bero Mercy, Kongoloko, Farouq & Lujang, Sheba and comeback star, Michael Ross. The musician, who is popularly known as the Ugandan Usher stole the night’s show with his seductive dance moves. Midway his performance, he stunned the crowd and got the females excited when he serenaded one of his enthusiastic fans with ‘Owange Yooyo’. It was so easy to see why his excellent moves made him the star of the night. 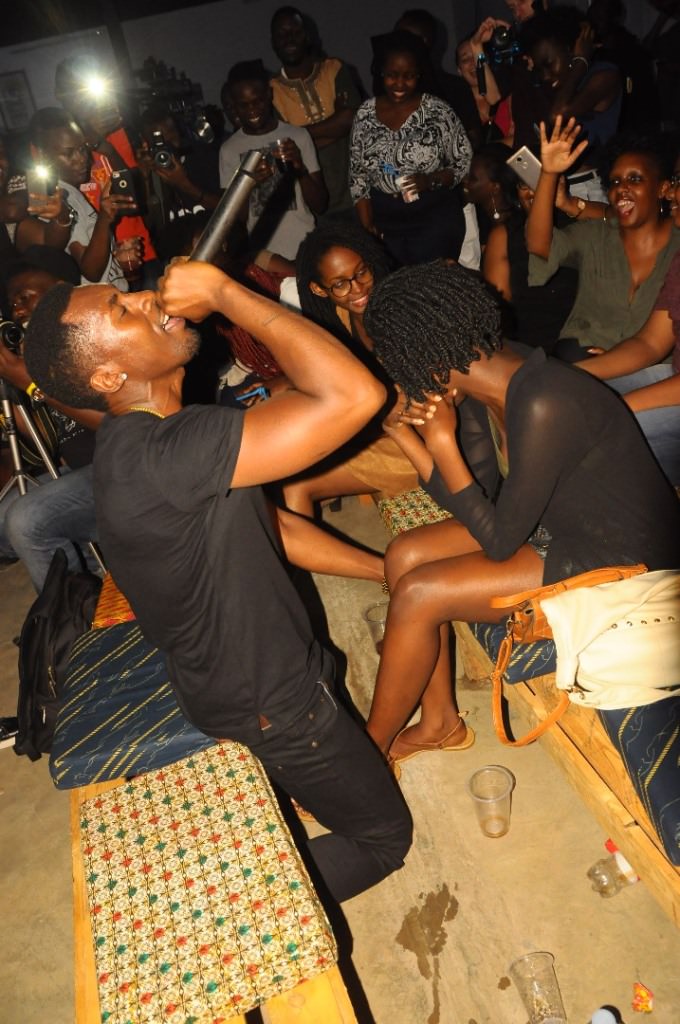 The performances were short and sweet, and left the audience craving for more. Just when one thought the night couldn’t get any better, it clocked midnight and the event was brought to a close. There is no doubt Kemiyondo lived up to her promise to give music and art enthusiasts nothing short of their money’s worth.