Home ›
News ›
Celebrity ›
Stecia Mayanja Cries Out: - My Hips and Bums Are Natural…it’s not FACCO Made

There's something quite mesmerizing about Stecia Mayanja’s bottom which makes it hard to take your eyes off.

But now some fans who have had a nice long look – and are saying the singer's behind isn't exactly what it seems.

Just like Kim Kardashian’s booty, the naturalness of Stecia Mayanja’s booty shape has come under question. There are earlier photos of Stecia circulating when she just had a regular big booty, and not an epic one.

No one’s admitted anything, but speculation about how this change has come about is attributed to FACCO, an organization that provides butt services which include butt pads, butt implants, and perhaps the most implausible: butt herbs in simple terms herbal injections.

However, Stecia has come out to deny her butt enhancement even after confessing in FACC0 advert. In a statement she released, she CLAIMS: 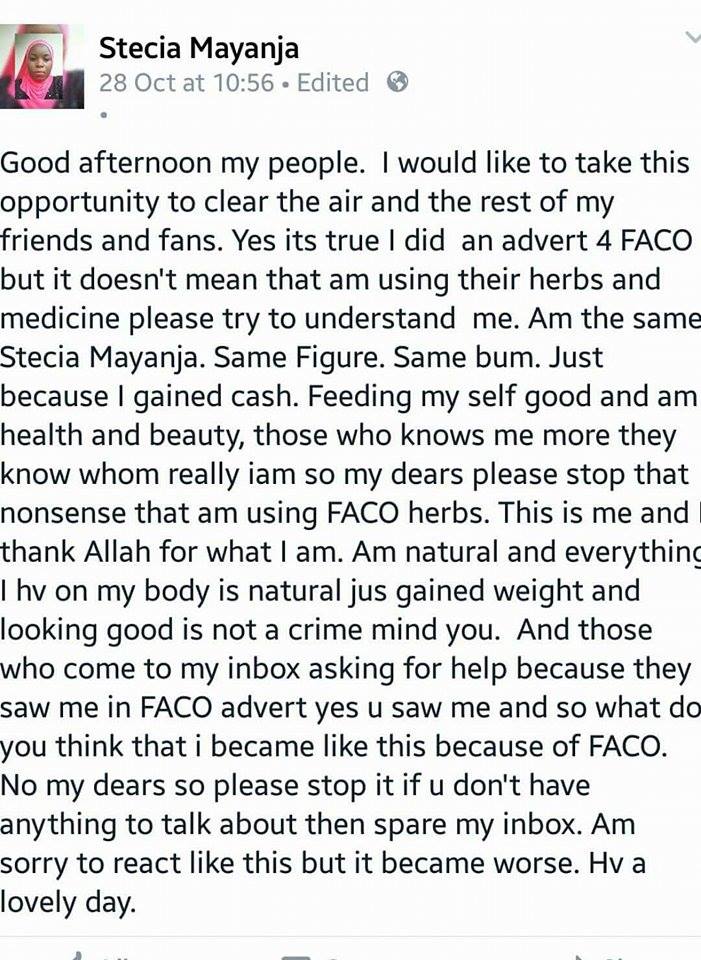 So we ask, do you think Stecia’s bum is natural or FACCO made?