Meddie Ssentongo made a name in Kampala for his luxurious and hooking up city’s soupiest babes including Bad black, Desire Luzinda, South African babe only identified as Christine, Anita Fabiola among others!

And for the above reason, Meddie decided to end the romance and kicked the former Be My Date host out of his life.

However, Anita has come out to confess that the relationship is on the verge of break up.

Fabiola claims they had a great relationship. Very good friends and most of all Meddie was there for her when most people shunned her. However, the fact that Meddie is illiterate and she is educated, they failed to connect in the long run. They were on totally different pages. Whereas she was planning the next hit show, Meddie was planning the next party. So just like that they lost the connection but they are still in touch and friends, share a couple of projects in-between them as well. 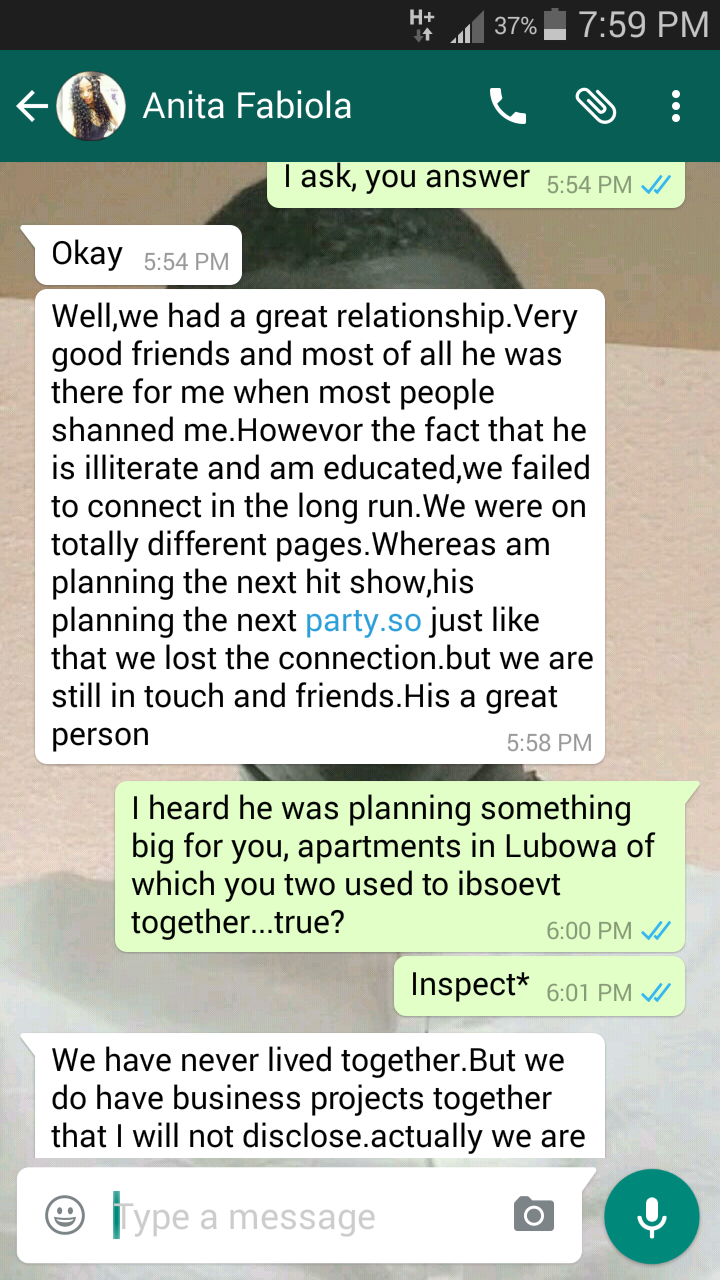