Bobi Wine, an independent candidate will be nominated this morning at Kasangati Saza grounds and there after he will address a rally at Wampeewo grounds amid cheers from his fans.

The development comes after the “bikwase kyagulanyi” singer, begged opposition Forum for Democratic Party, FDC to withdraw their candidate, Apollo Kantinti from the race, and forward him as their favorable choice.

However, the party told Bobi wine his request was impossible, asking him to wait and represent the party in 2021, the patience he seems not to have. Bobi claims to have made it clear that although he is running as an independent candidate, he has many supporters in FDC since they are all forces of change and subscribe to the same ideology. 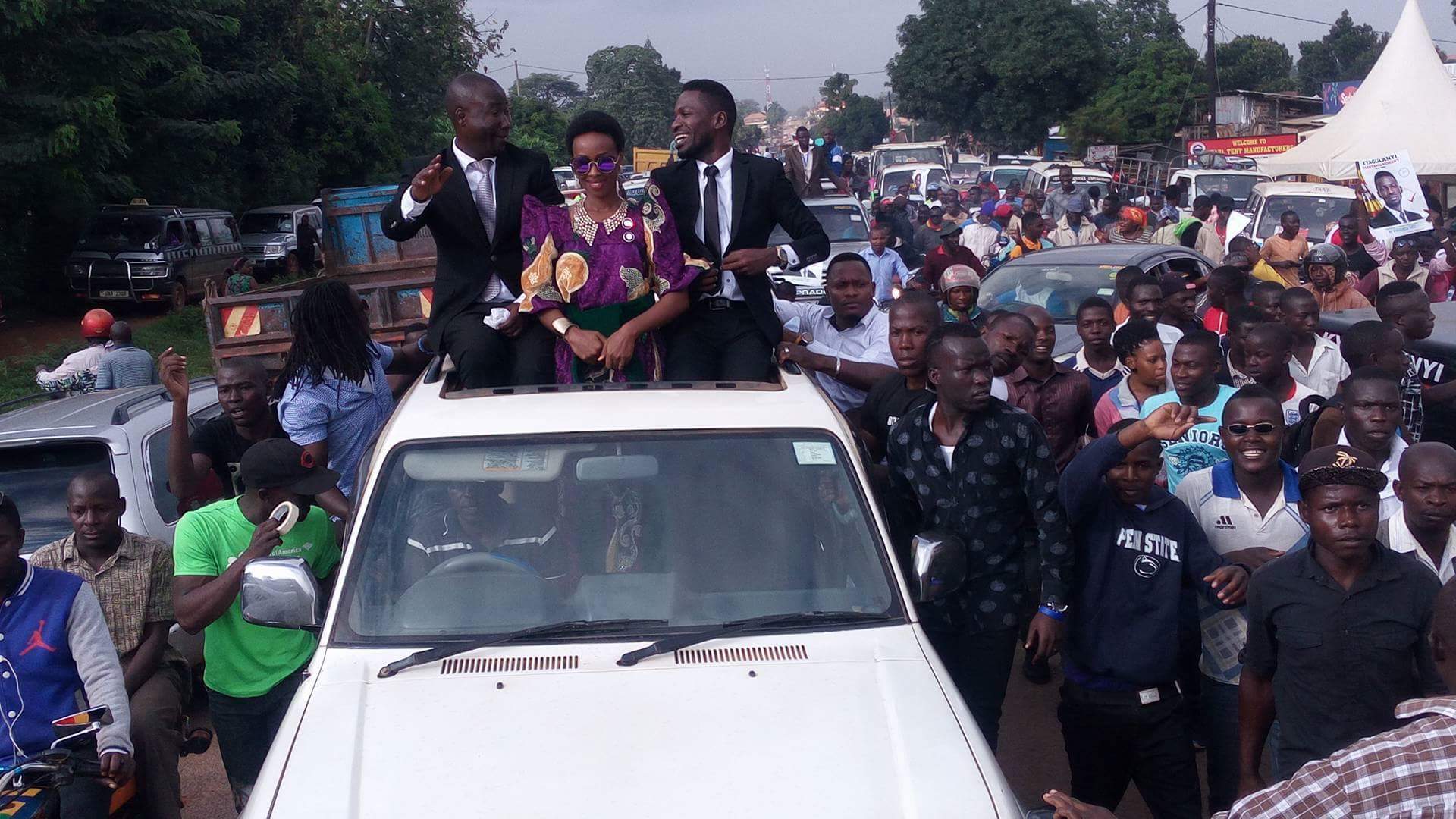 “I made it clear that although I am running as an INDEPENDENT candidate,i have many supporters in FDC since we are all forces of change and subscribe to the same ideology. I also suggested that FDC withdraws it's candidate Hon. Apollo Kantinti in favour of my candidature so that we can win with an even bigger margin than we are already doing. I await their decision. In the meantime, we are warming up for nomination tomorrow morning at Kasangati Saza grounds and thereafter, i will address a rally at Wampeewo grounds” Bobi wrote on his facebook page.

I am the most trending musician in  Uganda - Angella Katatumba

Hassan Nduga Back in Uganda After Being Released from Jail

I Want Bobi Wine to Be President One Day — Gen Katumba

Sheilah: Men ran after me because I am sweet and a tigress in bed