It has been a while since Serena based news anchor Josephine Karungi appeared on our screens not until yesterday when she read NTV AT NINE.

Well, Josephine has been on leave after the sexy pencil thin presenter gave birth two months ago in the USA and later revealed the baby wasn’t for his former husband, Vince Musisi.

Info reaching our gossip desk indicates that Josephine’s baby looks like promoter Balaam Barugahare. Our snoops have received numerous photos from the family source and all she says is the baby is Barugahare’s copy-cut.

‘There is no need for DNA, this is Balaam’s son’, snitch told Howwe 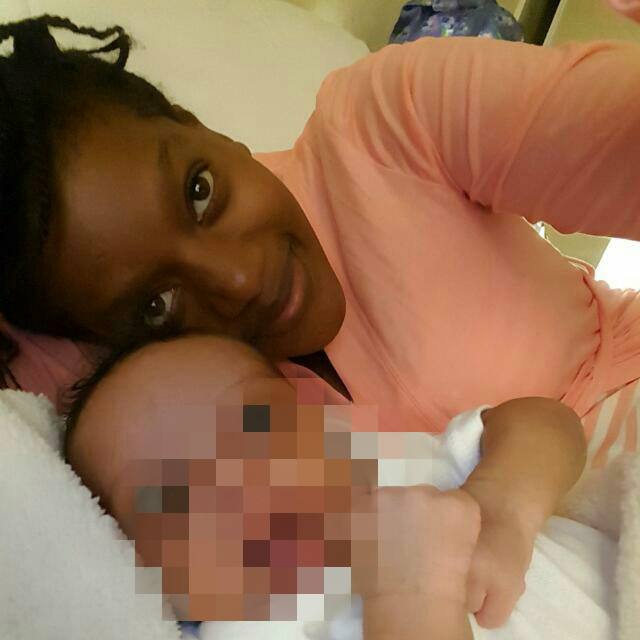 It should be noted Balaam and Josephine were previously rumoured to have dated for some time before she was snatched from him by one Vince who eventually married her. The marrieds’ relationship, however, hit rocks and separately on grounds of infidelity.  In fact by then her workmate Joel Khamadi was the main suspect who was feasting on Jose’s bean.

Meanwhile, Balaam THE gentleman is said to have kept sending her sweet mature messages that she will always be her dream woman wherever she will be.

During the time of separation drama and accusation, Jose got pregnant and surprisingly shifted her property to Balaam’s apartments in Kiwatule before relocating her to a bigger house in Kiira and consequently flying her to the US to give birth. Jose remained tight-lipped over the father of her baby.

Our snoops over the weekend tried to reach to Josephine for a comment on who the father  of the baby and allegation labelled to her,  she was to reach for any of us.

We shall keep you updated.

AD: Win Up to 50 Millions Of Cash From Kagwirawo, Click Here To See