Zuena Kirema was spotted with one of her girls, attending Radio and Weasel’s concert but there is something that upset her. Zuena really loves being in photos, doesn’t she? Even though she’s shopping – she still gets to her camera and takes selfies for whoever cares.

Last Friday night 13/May was a GREAT NIGHT for Bebe Cool and the rest of the Tubonga Nawe artists as they showed solidarity to Radio and Weasel’s concert. But it might not have been such a great night for Bebe Cool’s fiancée – Zuena Kirema.

You see, Bebe Cool was caught on camera shielding Zuena’s face in a selfie photo with a friend. And Zuena did NOT look AMUSED with husband’s comic face!!!

When he decides to become comic but again blocks my face 😭 @flirshflavia see my comedian , she captioned the photo 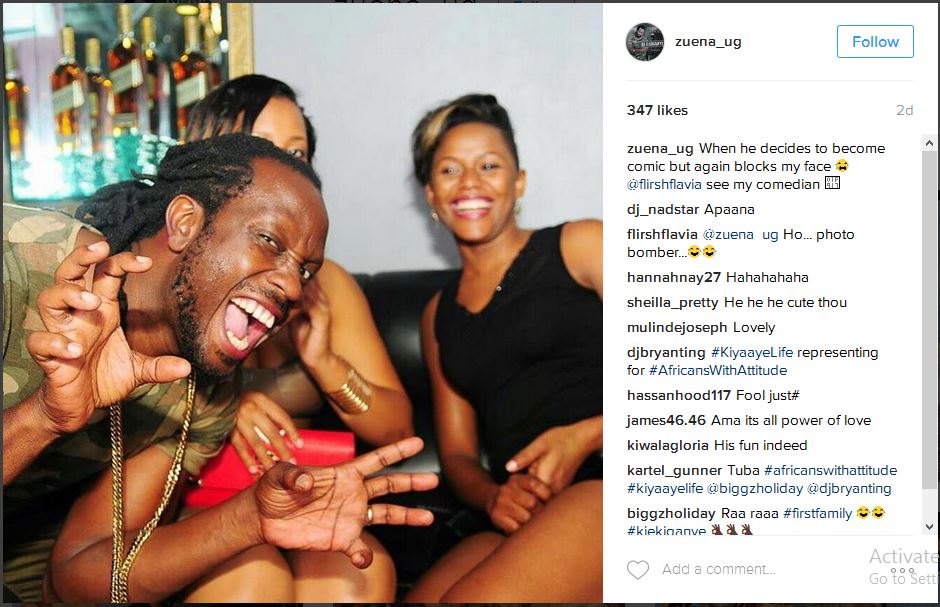 Bobi Wine is a King - Levixone

Bobi Wine is a King - Levixone