The gorgeous Ex-Miss Uganda hopeful and former NTV presenter Anita Fabiola Kyarimpa has caused uproar on social media, after she apparently addressed herself to West African celebrities as a Tanzanian actress thus forfeiting her Ugandan citizenship.

According to sources, it is said during the recently concluded fourth edition of the Africa Magic Viewers' Choice awards (AMVCAs) that took place in Lagos, Nigeria…Anita Fabiola introduced herself to some of celebrities as a ‘Tanzanian actress’!

Apparently, that’s why most men that were struck by Anita’s beauty share photos of her on instagram saying she is a Tanzanian. In fact, one of the most celebrated Nigerian actor Desmond Elliot and friend shared this. (See photo) 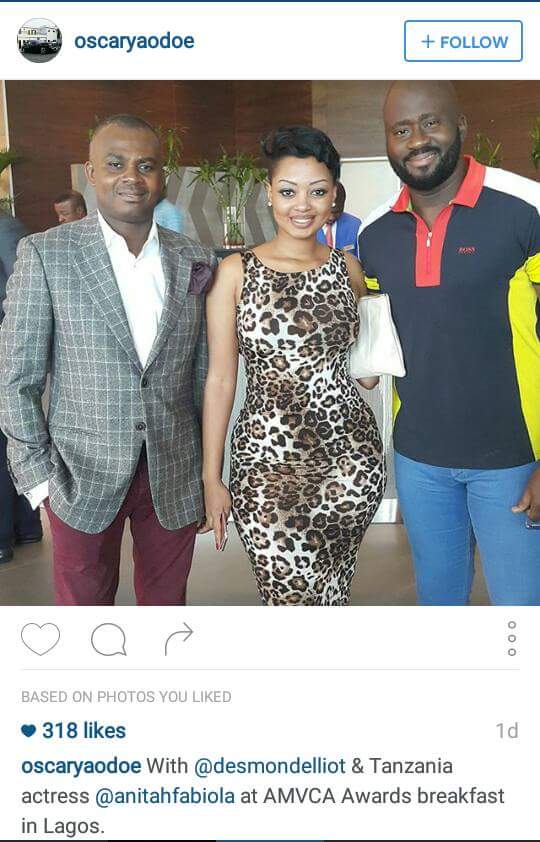 It should be noted, that Anita recently got a job on DSTV’s ‘Africa Magic’ channel where she will be presenting a thirty minute TV show about Africa’s red carpet events.

Also Read: Anita Fabiola Is Back With A Sizzling TV Show