President Mugabe: "The British, we don't hate you, we only love our country" 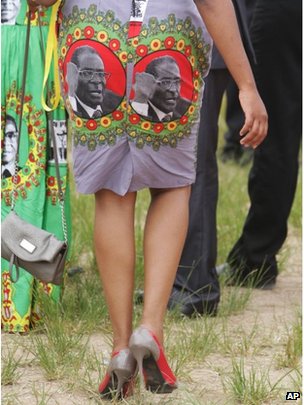 Some supporters chanted, others showed their appreciation in more unusual ways

The veteran leader, who has been in power since 1980, released 90 balloons into the air at a stadium east of the capital Harare.

He turned 90 on Friday but was in Singapore for eye surgery at the time.

Many schoolchildren were among the crowd, waving flags and chanting Mr Mugabe's clan name.

Huge cakes were on display in the centre of the stadium in Marondera, about 80km (50 miles) from Harare, while the crowd wore red scarves, as is traditional on the president's birthday.

In an hour-long speech he said Zimbabweans did not hate former colonial masters the British, but loved their own country more.

READ ALSO : OK - Mugabe to behead GAYS if they fail to Reproduce

He also condemned homosexuals for performing what he called "unnatural acts".

The cost of the celebration - estimated at about $1m - has prompted criticism in a country suffering from severe economic problems. 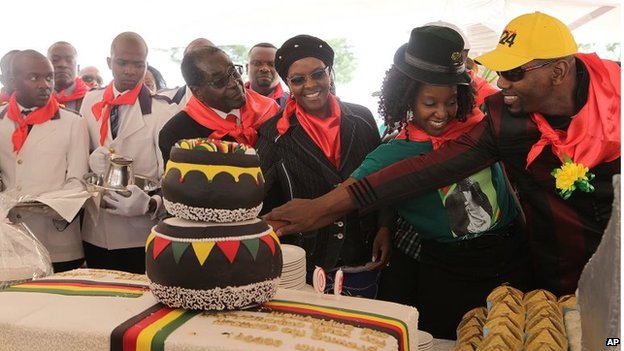 "I feel as youthful and energetic as a boy of nine," Mugabe said, before cutting his cake 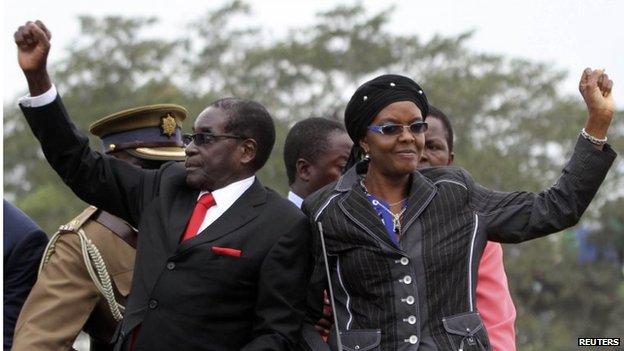 He moved around the venue in the back of a truck, accompanied his wife Grace 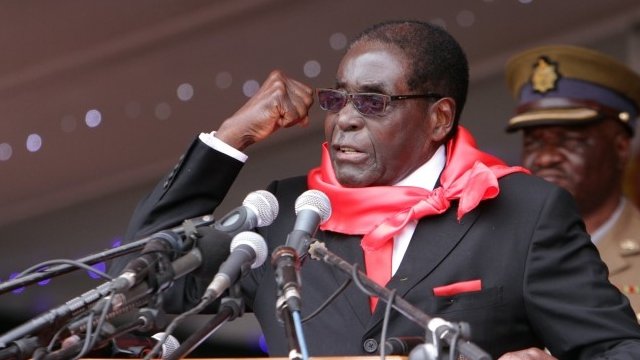 He also condemned homosexuals for performing what he called “unnatural acts”.

Read Also : Statement by the President on the Anti-Homosexuality Bill in Uganda.