Socialite Judith Heard doesn’t want to be left behind the bandwagon of hooking up one of the big spender in town.

Recently, JH was pictured with Cameroon Gitawo as they were together all night whispering sweet nothings to each other, like love birds. 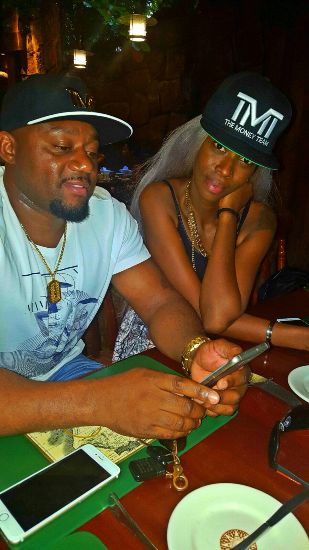 Meanwhile, we have learnt they closeness has earned JH a position in ‘The Money Team (TMT)’ led by self-proclaimed billionaire Gitawo. The socialite posted her picture on her social media with TMT boss with a caption.

We are not sure where this will end, but for now…let’s keep our finger’s crossed before a sextape gets leaked!

Sandra Teta Asks Daniella Atim to Stay Away From Her Family

Daniella Atim has been running a campaign apparently to get justice for Sandra Teta, who was reportedly thumped by Weasel to a pulp.
Story by Howwe
\ 1660765902

In response, Weasel asked her to stop meddling in his family’s business.
Story by Howwe
\ 1660729912

The two have been playing mind games with Ugandans when it comes to the nature of their relationship.
Story by Howwe
\ 1660680127

Nince Henry Narrates How Investing Outside Music Led Him to depression

In an interview, Nince Henry revealed that his silence had been caused by depression.
Story by Howwe
\ 1660593933

Media is Being Used to Damage Sheebah’s Brand— Kato Lubwama

She was recently accused by parents and social media in-laws of dressing inappropriately while performing in front of children.
Story by Howwe
\ 1660502802