The week has been jammed with events; concerts, weddings, arrests and a lot more. Our gossip appetites got fully satisfied for the first time in ages. You have no idea how enthusiastic we feel now. We’ve been in the kitchen preparing to have this column back to your platter, and now you have every reason to say, “Hallelujah, good gawd.” We are back! Feel us?

If you’re here for the first time; hey, take a pew. Feel at home. Here, we talk about the fire stories of the week. The good, the bad, and bizarre news. Our inspiration is this; gossiping makes the world go round and round.

Now without wasting any more minute of your time, let’s delve into the top stories this week. 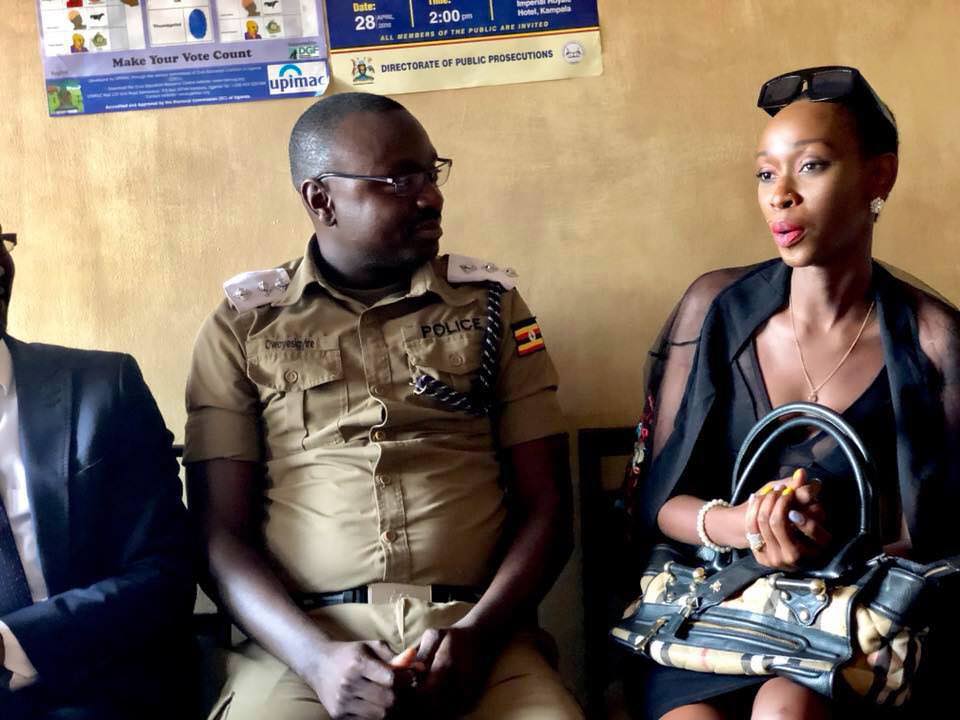 She has been trotting the world with her long tiny legs; France, USA, Kenya, etc. She says there are a plethora of opportunities for her out there, something she just figured. In France, she got signed to a modeling agency called, En rolle. In USA, she walked on runways. In Kenya, she was invited to make a celebrity appearance at a certain occasion. Oh, what a busy woman she has become! At least now she has fine things to fill her days, other than booze, men and nudes. Speaking of nudes, she has been on Police’s wanted list since May or there about when she flew out. Summons to report to police have been in vain due her busyyyy schedule. When she came back two weeks or so ago, new summons were issued, to which she didn’t oblige, forcing the authorities to arrest her. She probably thought that by cutting off her hair, she had morphed into a Nakamatte, and would not be recognized.  Sorry, Ma’am. Next time respect the law to save yourself from embarrassment. If you had gone quietly to police, and talked things over, word wouldn’t have spread across the gossip walls. 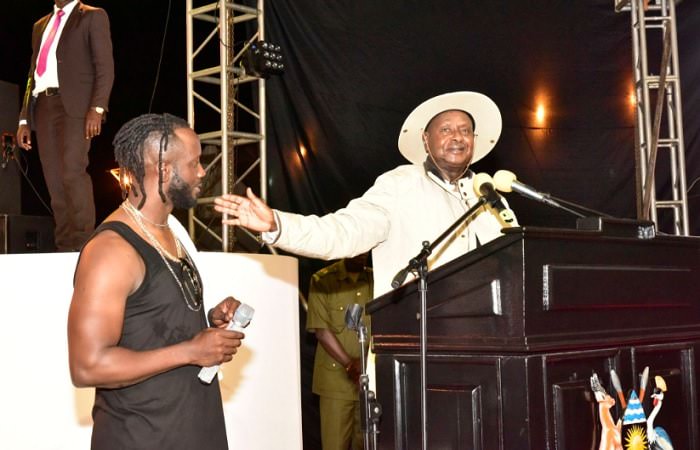 Bebe is not shy to show his political alignment with the NRM party and President Yoweri Museveni. He has campaigned for the party. Supported its policies, and attacked its enemies. How do you reward him? No, don’t say, a ministerial post. Duh! Bebe is a school dropout. And he cannot spell this word, i-n-t-e-l-l-i-g-e-n-t, according to his number one fan, A pass.

The President attended his Golden Heart Concert at Kololo Airstrip on Friday where he was guest of honor. That was mzei’s way of saying thank you for the loyalty. Thank you for calling Bobi Wine a nuisance. Thank you, thank you.

The Gagamel boss would be over-ambitious to expect anything more.

It is not a small thing to have the President to grace your occasion. And on that note Bebe can brag, brag, and brag. That’s something. Now, you can stop boasting about how you buy knickers for your wife every week. Huh? 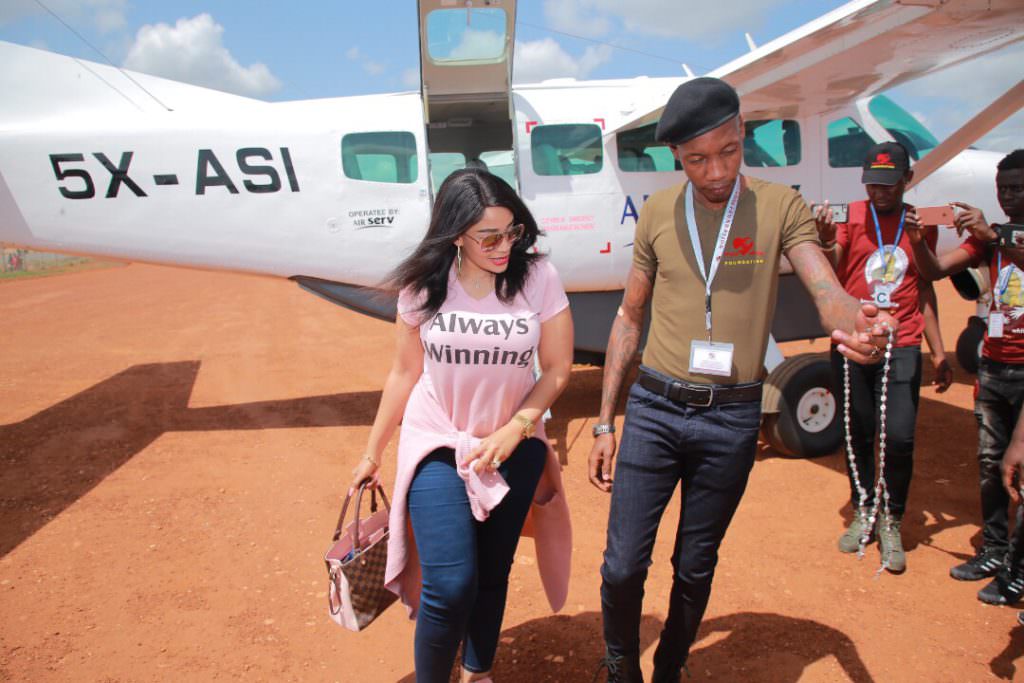 Bryan White is in Arua, along with his parasites; Mendo, BigEye, Alex Muhangi, and a fleet of half-baked Journalists (Hi, guys) where they are doing charity. New on their wagon is the boss lady, Zari Hassan. Her presence has mellowed Bryan. He is not the cocky, over-bearing character he has always been. He is gentle. He holds her hands. Transports her in a chopper, and accommodates her in the best hotel. There is picture evidence for all that. If it were another person, dating rumors would be swirling already. Hehe, you know. But no one is starting because, well, Bryan is way below Zari’s league. Yes, Zari will date anyone, but anyone with a good body build. Check his men; Isaac Lugude (Well built), Pharoque Ssempala (Well built), Diamond Platinumz (Well built), Ivan Ssemwanga (er…not well built. He put her on high to see the well-endowed men)

Bryan, stands no chance. He doesn’t even have class.

The writer of this column surely doesn’t like Bryan White. That was not necessary.

Share your views in the comment section below. What are some of the stories you enjoyed this week?

No Artiste Visited Me While I Was in Hospital — Stecia Mayanja

Nessim is the best producer in Uganda - Ykee Benda

Bebe Cool: I Gave My Contribution To Evelyn Langu, Haters Should Chill

Police castigated for protecting bar owners from the law