There is chemistry brewing between faded singer, Leila Kayondo and sensational singer GEOSTEADY.

The two swapped several liters of saliva a few days ago in Soya Bunga as Leila celebrated her 30th birthday.

Leila, who was surrounded by friends and relatives couldn't keep her eyes off Geosteady. It like she was trying to mark her territory.

Our snoops told us that the relationship between the two was kick-started by Leila who has been enduring cold nights.

Our snoops further told us that Leila wants to use Geosteady as a stepping stone to revive her music career since Striker Entertainment, a record label from Nigeria which she is signed to has not done much to help her career flourish. 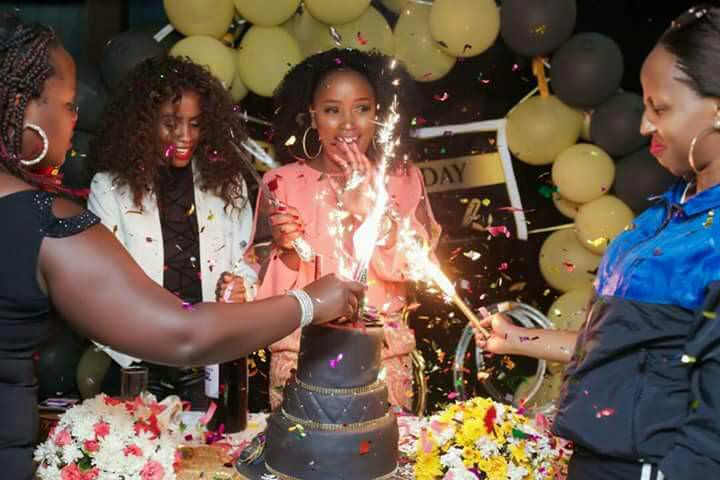 The party was organized by Bebe Cool's wife, Zuena Kirema, the Director of Zuena Events.

The birthday bash was held at the premises of Striker Entertainment Studios.

Previously, Leila used to hold her parties at luxurious hotels in Kampala. However after he was dumped by her former lover, SK Mbuga, she has been grassing.

To add salt in the wound, her best friend, Hellen Lukoma also cut ties with her.

We shall keep you posted !