Struggling singer Hillary Kiyaga famously known by his stage name, Dr. Hilderman has apparently run away from Golden Band over what our sources have learnt is ‘witch craft scare’.

However, the "Double bed Mazongoto" singer though his lawyers; Kalenge, Ssemambo & Co. Advocates sent a notice to Golden Band directors, Mesach Semakula, Kavuma Musa, Seruga Fred and Ronald Mayinja, informing them of his resignation from the band.

In the notice, singer states that he is honored to have worked with Golden Band for approximately two years and four months and is grateful for the several milestones they accomplished together. 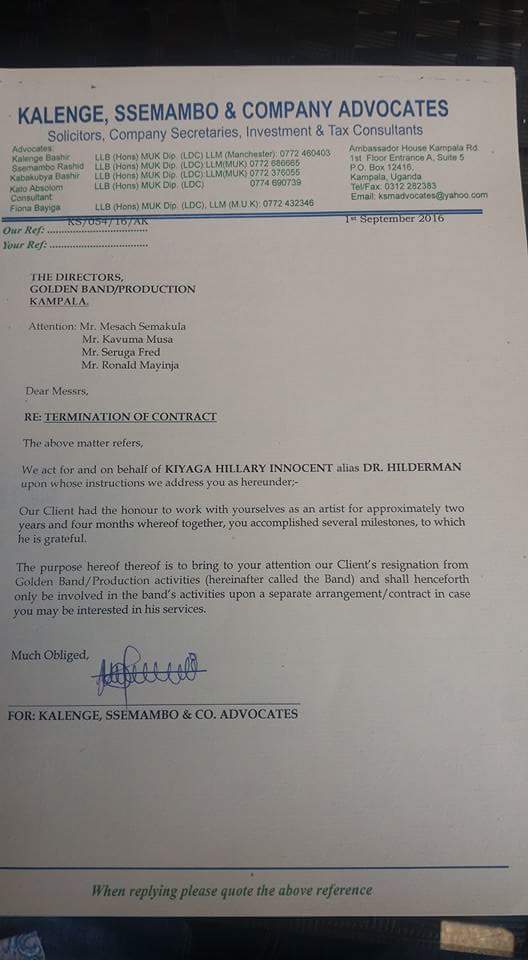 Meanwhile, close friends to the singer told this website, the singer had on several occasions accused his fellow band members of bewitching him and making sure he never gets hits.

And it was these counter accusations that the singer was forced to resign by directors in an operation headed by Mesach Semakula.