A video recording of the incident went viral on social media before police identified Nsubuga based on his campaign pictures.

The Buganda Magistrate's Court has ordered the arrest of the Busiro North Member of Parliament, Paul Nsubuga for dodging his trial on alleged phone theft.

The Buganda Road Grade One Magistrate, Siena Owomugisha on Thursday issued an arrest warrant against the legislator after both he and his sureties failed to appear in court.

The warrant of arrest requires police to arrest him on sight and present him before the court on August 12th, 2022. Owomugisha also issued criminal summons against Nsubuga's sureties. 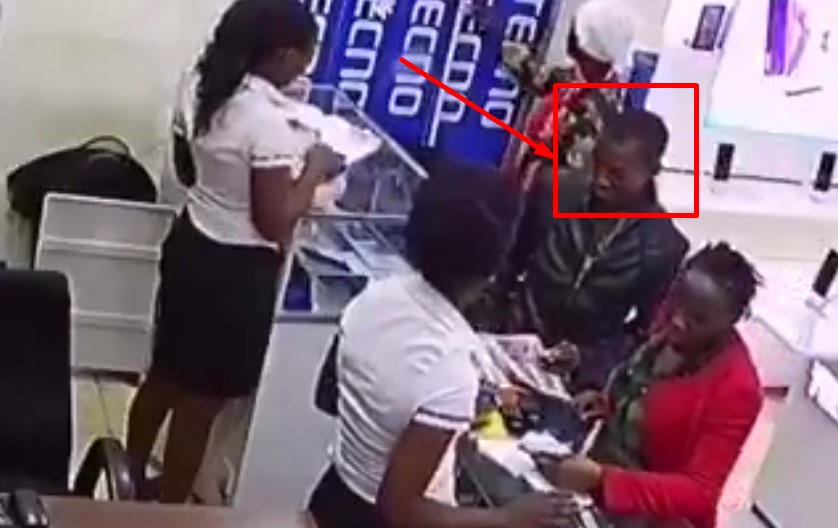 Nsubuga's lawyer Juliet Nampeera showed the court a medical report indicating that the legislator is battling malaria and his Doctors had recommended a three-day rest starting Wednesday, July 27th, 2022.

However, the prosecution led by Judith Nyamwiza objected to the submission on grounds that the lawyer had failed to inform the Court of the whereabouts of the accused person or sureties.

Owomugisha in response noted that this could be a delaying tactic because whenever Nsubuga shows up, he comes with a lawyer or vice versa.

The prosecution alleges that on June 3th 2019, while at Nakasero, opposite Shoprite, Nsubuga, a resident of Nansana in Wakiso district, stole an Itel phone valued at Shillings 80,000 that was loaded with Shillings 4.5 million on its mobile money account.

He reportedly hid it in the newspapers he was holding before rushing out of the plaintiff's business premises. A video recording of the incident went viral on social media before police identified Nsubuga based on his campaign pictures.

He was picked up in March 2021, a month after being gazetted by the Electoral Commission as the winner of the Busiro North parliamentary election.

He was later released on a cash bail of Shillings 400,000. Each of their sureties executed a noncash bond of Shillings 1 million.

Bukimbiri county voters have been asked to shun the National Resistance Movement (NRM) candidate in the forthcoming parliamentary elections due to the repeated lies by President Yoweri Kaguta Museveni to tarmac tourism roads and establish John Kale Institute.
Story by Mukama Evart
\ 1659958976

A total of ten aspirants have picked nomination forms to contest in the Busongora South Parliamentary by-elections.
Story by Mukama Evart
\ 1659700810

Lukwago contends that he was physically attacked, manhandled, and battered on the chest and stomach before being kicked out by Opondo. He adds that he suffered physiological torture, trauma, and physical pain as a result.
Story by Businge Brian Franco
\ 1659614086

Hearing of a case in which Kawempe North Member of Parliament Muhammad Ssegirinya is accused of inciting violence has failed to kick off after the prison authorities failed to produce him before the magistrate's court as planned.
Story by Mukama Evart
\ 1659538571

Troubled lawyer Male Mabirizi Kiwanuka has filed an application in the High Court seeking orders to compel the Secretary to the Judiciary Pius Bigirimana to publicly apologize to the Supreme Court Justice Esther Kisaakye.
By Mukama Evart \ 1664197561

In a recent television interview, the singer bragged that she is one of the celebrities with the best boobs.
By Howwe \ 1664177449