Just hours after police promised to secure candidates and citizens plus all stakeholders in the Arua Municipality MP by-election.

Earlier, two other people in the procession of one of the candidates, Kassiano Wadri were shot. It is alleged that SFC soldiers shot one of the supporters in the stomach, and another in the leg.

People in the same procession were chanting “Bobi our president” when the shooting started. After the shooting of Yasin Kawuma, police cordoned off Bobi Wine’s hotel before arresting Hon. Zaake Francis the Mityana Municipality MP. 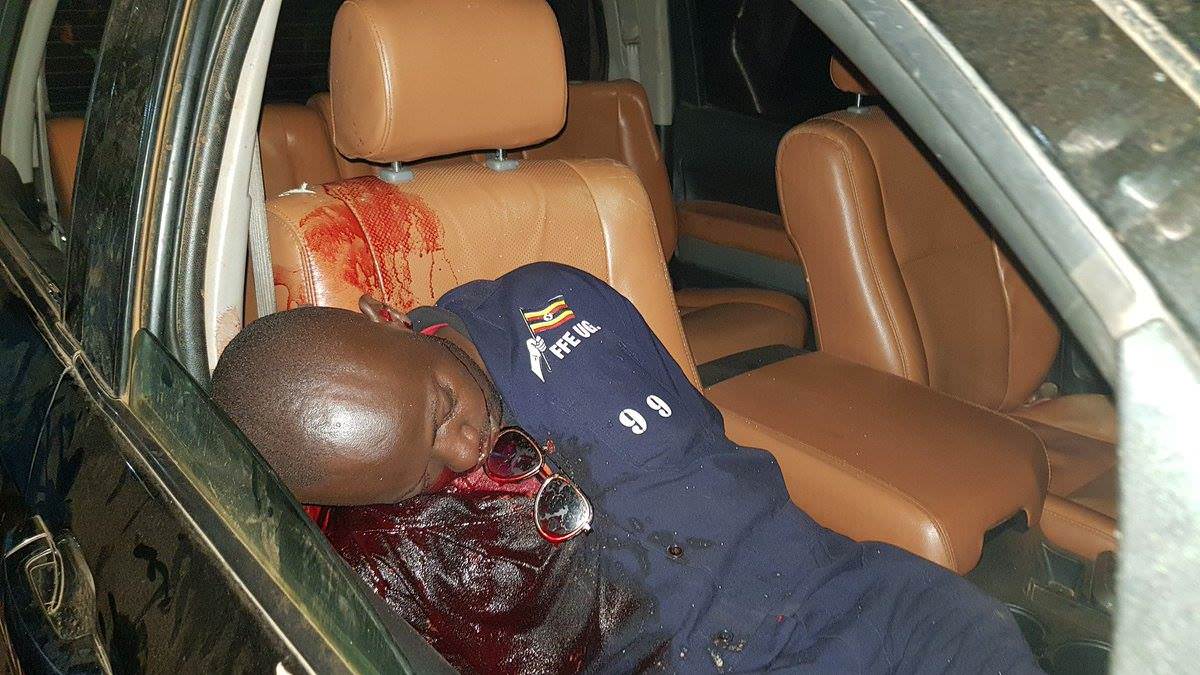 Hon. Zaake was allegedly driven off in a double cabin pick up Reg. No. UG 2259C.

“Police has shot my driver dead thinking they have shot at me. My hotel is now cordoned off by police and SFC” Bobi tweeted. Earlier, they walked with independent candidate Kassiano Wadri in a procession to their rally.

Bobi Wine is in Arua to campaign for Wadri, one of the 12 candidates vying for Arua Municipality seat. The seat fell vacant after assassination of former MP Ibrahim Abiriga in June this year.

Police is yet to issue an official statement on the matter.

Your people are in hiding: Odongo reacts to Missing NUP members

Erias Lukwago is out of danger in Nairobi - Doreen Nyanjura

Man arrested for attempting to kill wife, step son in a fire