Kyadondo East Member of Parliament Robert Ssentamu Kyagulanyi has dragged the Kampala metropolitan police commander Frank Mwesigwa to the High Court for refusing him to stage music shows in Kampala.

Bobi Wine who was this morning supposed to appear at CID headquarters in Kibuli for inciting violence during his Busaabala concert, instead decided to take a bolder step and seek help from the High Court. 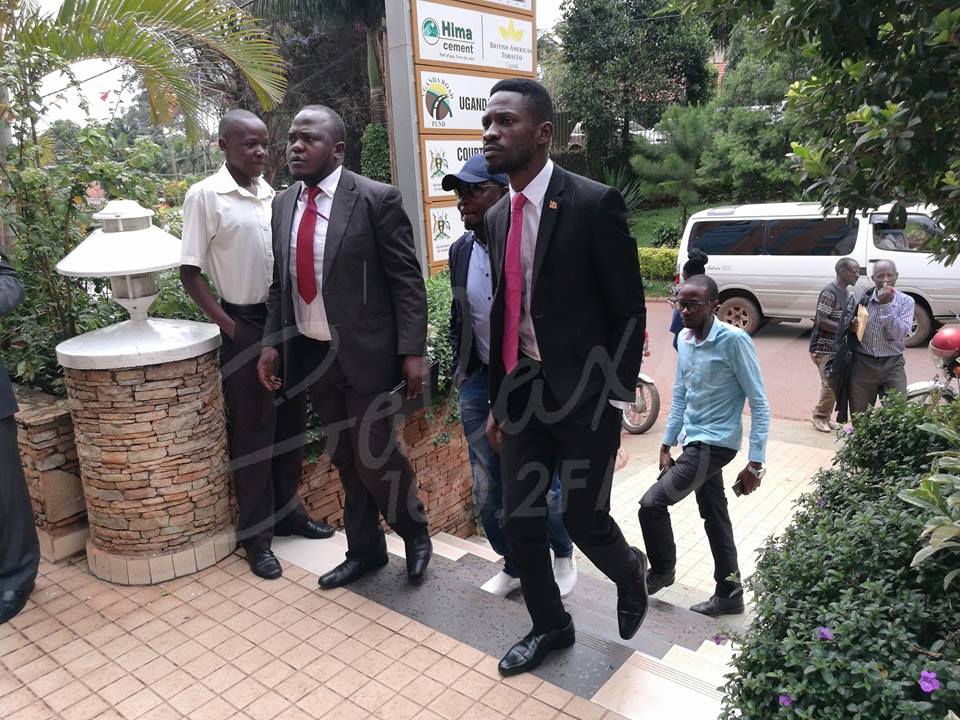 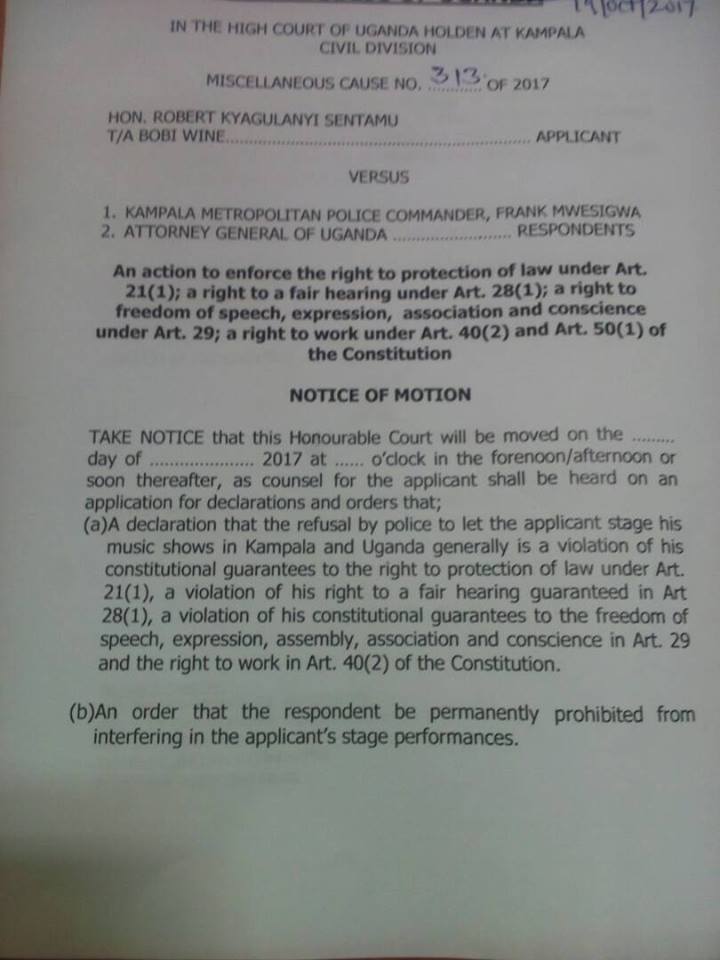 The legislator also the police to be permanently prohibited from interfering with the applicant’s stage performances.
The development comes after police banned the new legislator and musician from performing at live music concerts until investigations into his conduct at recent events are completed.

He is accused of inciting violence during his concert at Busaabala on Sunday October 15th 2017.