Sections of Ugandan idle unemployed and ill mannered youth now have all freedom to commit more crimes, after the Inspector General of Police, IGP Kale Kayihura ordered his men to stop arresting anyone found idle, or being disorderly.

According to the IGP’s letter, dated June 13th 2017, his orders follow the declaration by court, that arresting anyone for the offence of idle and disorderly is unconstitutional.

“This is to inform you that the offence of idle and disorderly was declared unconstitutional by courts of law. Therefore, all police officers are instructed to stop arresting suspects under the cover of this offence” part of the letter reads. 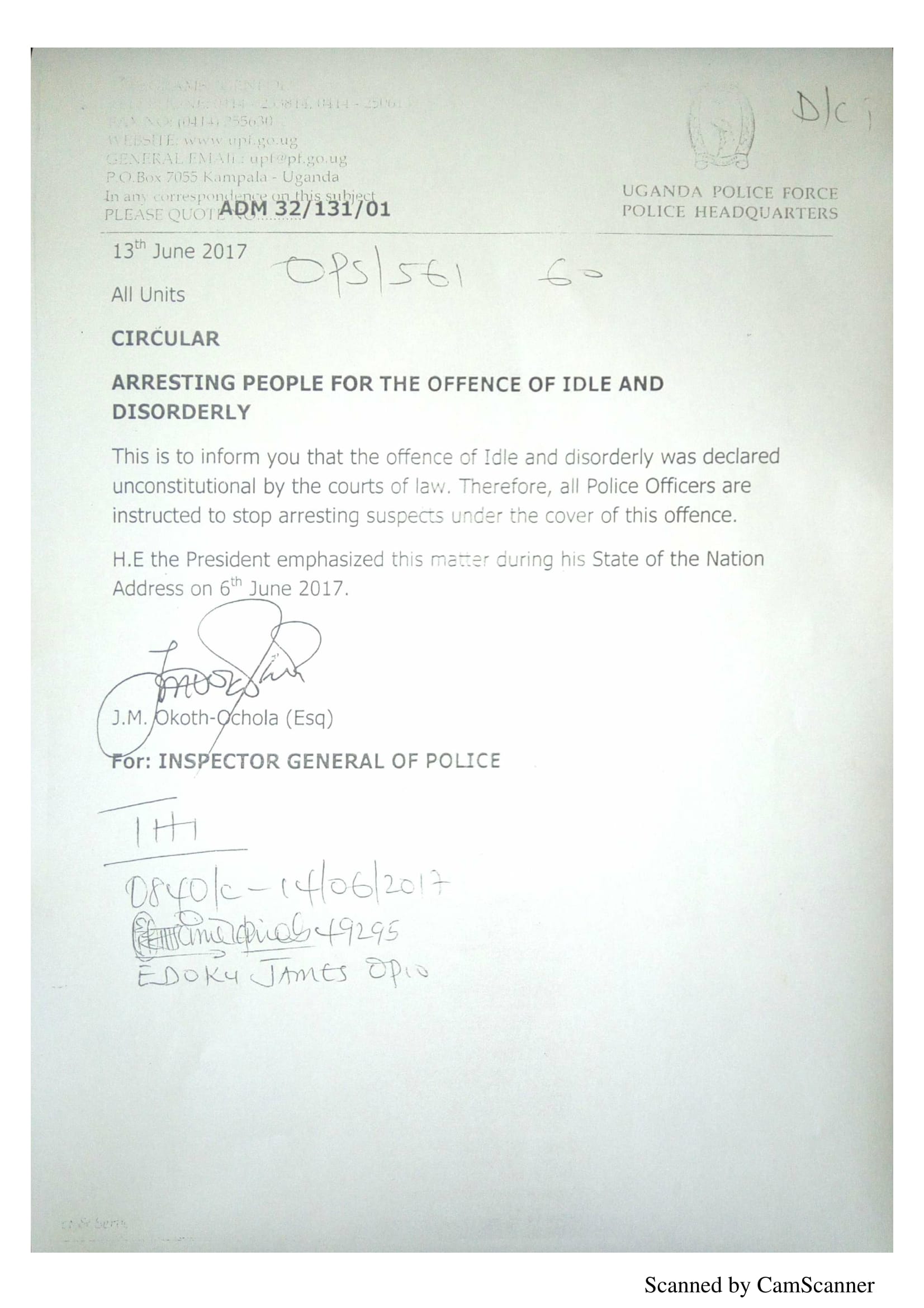 The IGP further argues that H.E President Museveni emphasized this matter during his State of the Nation Address on 6th June 2017.

Kazo woman found dead in a dam, son claims it was suicide

FDC Temporarily closes offices across the country due to COVID-19

MTN Revamps MyPakaPaka To Give Customers More Minutes To Talk

Alex Muhangi is smitten with Sheebah

I no longer sing for hit songs - Eddy Kenzo

I am not a drunkard - Winnie Nwagi’s father opens up

All my Children Forgot Me - Nubian Li Cries Out