President Yoweri Kaguta Museveni joined other African leaders and hundreds of people who gathered in Ethiopia’s Northern town of Adwa, to commemorate the defeat of Italian troops by Ethiopian forces in 1986.

Hundreds gathered in Ethiopia’s Northern town of Adwa, to commemorate the defeat of the Italian troops by Ethiopian forces in 1986 and the establishment of a Pan African University in Africa at the historic town in a ceremony attended by various African distinguished leaders including President Yoweri Museveni. 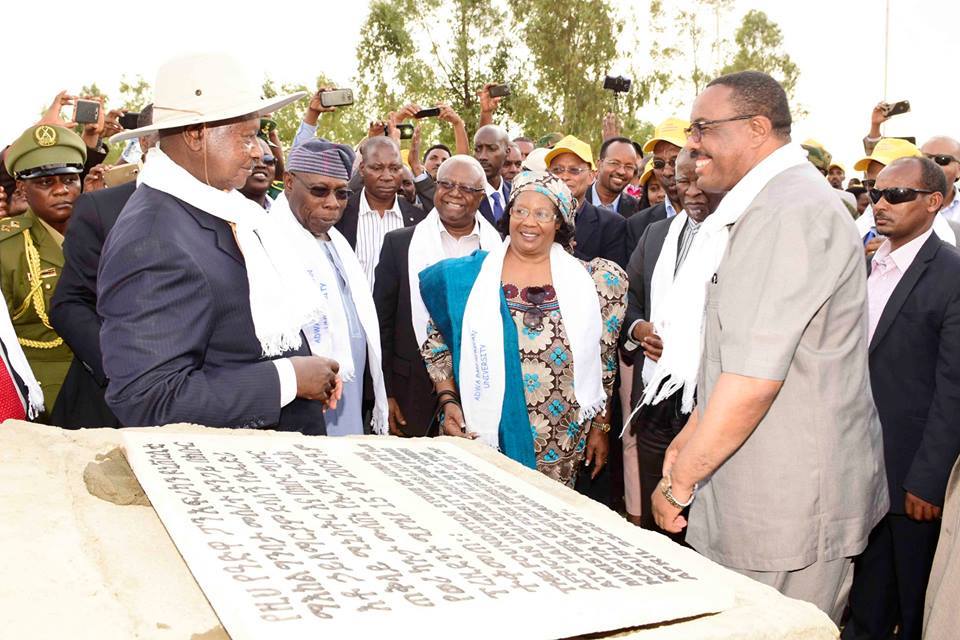 African leaders and several delegates, who had just attended the 6th Tana High Level Forum on Security in Africa, flew to Adwa to cement African Unity with the establishment of the Pan African University in Africa.

President Yoweri Museveni and his host Ethiopia Prime Minister, Hailemariam Desalegn laid the foundation stone for the construction of the University.

Museveni blamed African chiefs for not fighting and consolidating the sovereignty of the African continent. He thanked the people of Ethiopia for putting up a spirited resistance to colonialism, which couldn't be done by many African chiefs. 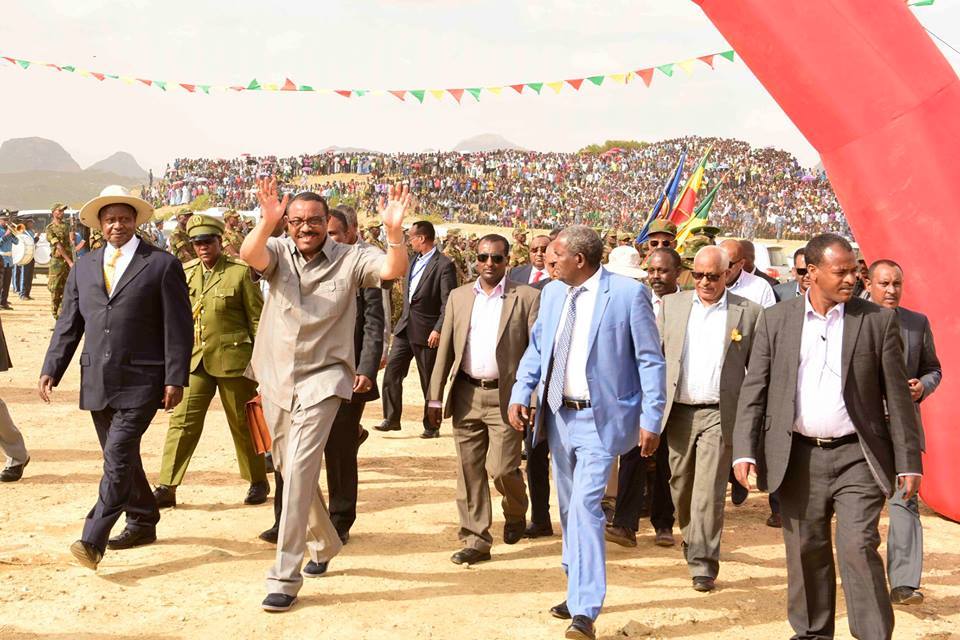 "I am honored along with my colleagues to be in Ethiopia. I am honored to be invited here at Adwa. I would have removed my shoes because this is a holy place, it is the holy land of Africa. It removed the shame from Africa. The African Chiefs should be ashamed of their ancestors who looked on as Africa was being invaded and colonized by the foreigners," he said.

Museveni said the colonization of African was an indictment of the Africans. “Here in Ethiopia, your ancestors redeemed the honour of Africa and that is why we are here. Adwa is a remarkable inspiration in Africa," he said.

About the Pan African University, President Museveni said, "I am glad you are establishing a University here at Adwa which will redeem Africa with a combined action of carriage, knowledge and new technology to benefit all Africans for development."

Adwa is a market town and separate district in northern Ethiopia specifically in the Tigray region. It is best known as the community closest to the decisive Battle of Adwa fought in 1896 with Italian troops. In the age of relentless European expansion into Africa, Ethiopia, led by Emperor Menelik II, defeated one of Europe’s major powers, Italy. 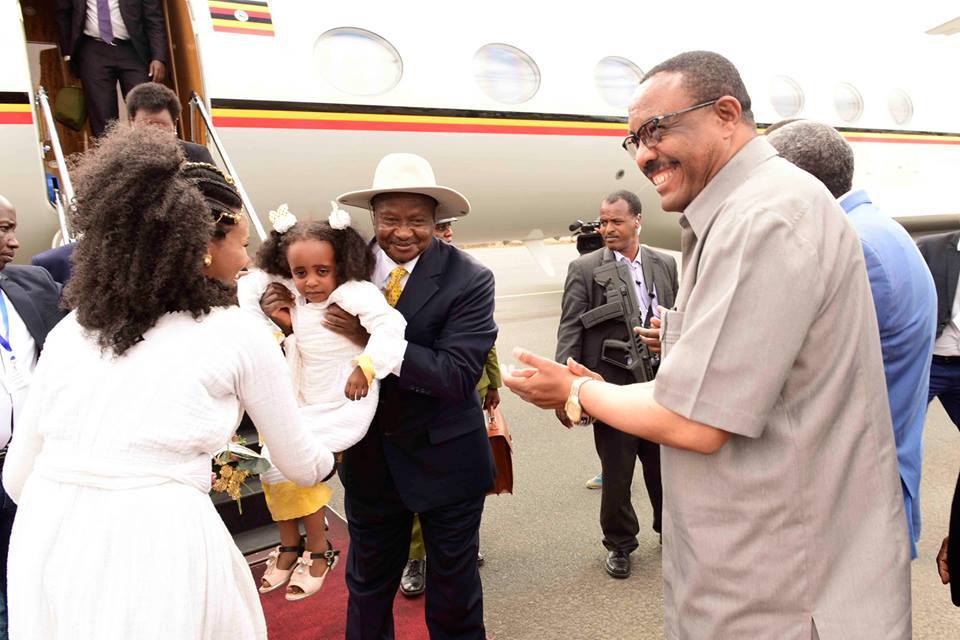 Prime Minister, Hailemariam Desalegn said "Our ancestors have made huge sacrifices to safeguard the sovereignty of the country and pass it on to existing generations.” The battle according to him, was a victory for all black people. He tasked young Ethiopians to involve themselves in the development of the country.

“It is my strong conviction that a generation that remembers the history of its forefathers can also make its own history. In order to pass this history on to the next generation we have to build a war museum and a Pan African University and make Adwa a tourist destination,” he said. 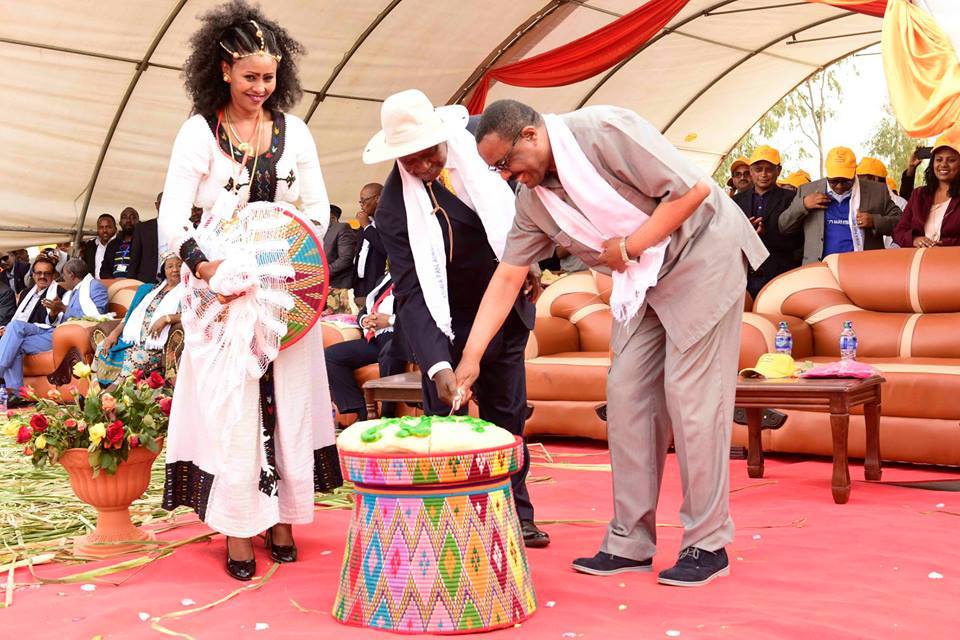 The event saw marches by members of the Ethiopian security forces and displays by horse riders draped in the colours of the country, cheered by hundreds of people from the mountainous Devrch villages 25km from Axum Yohannes Airport.

Police arrest 58 thugs following a series of robberies in Masajja