It was drama, as Mirinda took its new product Mirinda Lemon to Gulu for sampling. The activity which started on a calm note eventually ended following ugly scenes by residents. In a bid to have a taste of the new Mirinda Lemon, they shoved each other while others engaged in fist-fights.

“They failed to organize themselves to share the soda, they ended up crashing themselves,” said Allan Okumu, a resident of the area. 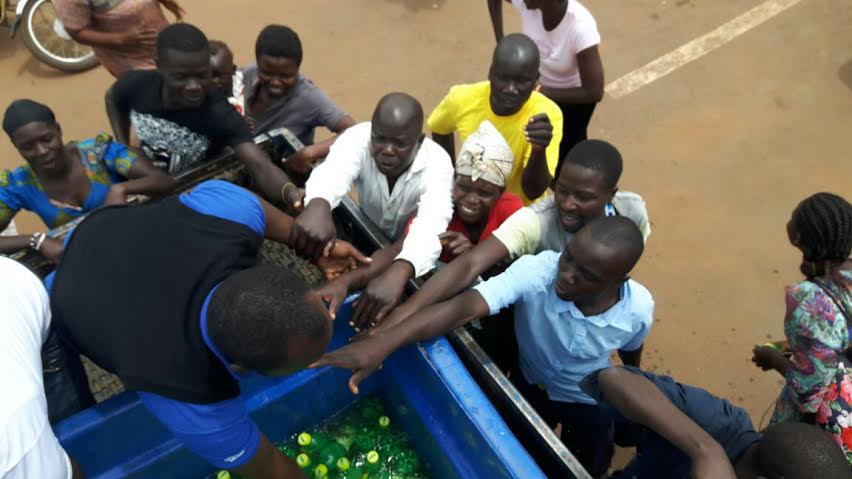 Mirinda officials have been taking the new product Mirinda Lemon to different places for residents to sample. The officials were in Hoima and latter Gulu, giving the soda to residents free of charge.

According to Mr Timothy Luzinda Brand Manager Mirinda, the Lemon variant which was launched in April was introduced into the market due to the changing trends in the market.

“People want to consume different variants, which have showed by the way people have reacted to that soda here. People like the variant so much, its one reason they are struggling for it,” said Luzinda.

I Begged Ray G for a Collaboration — Spice Diana