Denmark based Ugandan Pop/Dancehall singer Sarah Musayimuto of the "Obulamu Tebulida" fame has been nomited in the International Portuguese Music Awards for the "Best World Music Performance" award which they also call "World Music".

Sarah was nominated in the "World Music" category for her hit song “Obulamu Tebulida (We Only Live Once)” ... against a lady called "Ramana Vieira" and a band called "Afrika Rainbow", all from the United States Of America. This is one of those moments Ugandans should be celebrating. Congrats Sarah!

However, the award was scooped by Afrika Rainbow for their song “Kumplise di Sistema”. 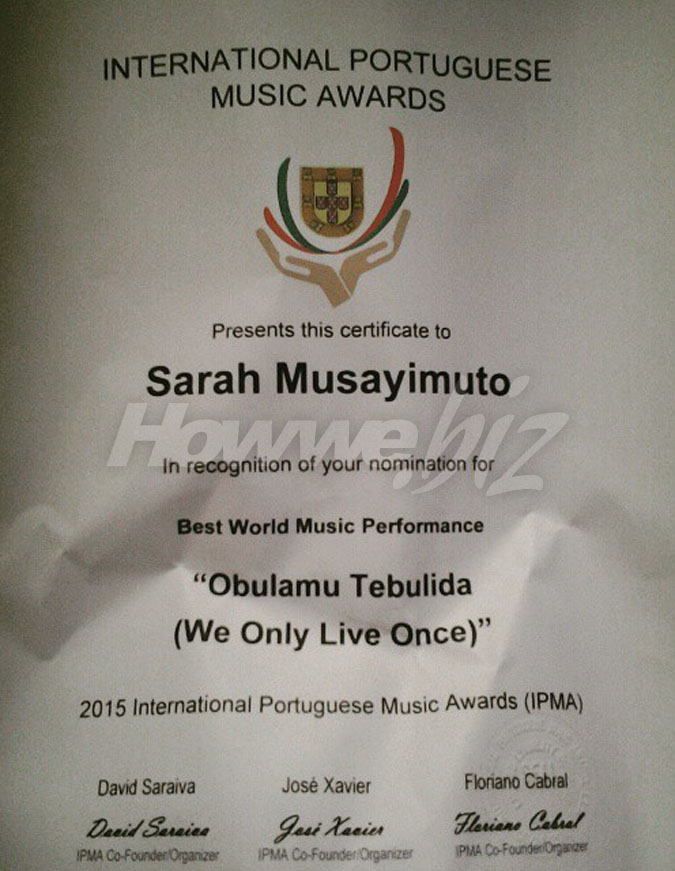 For the Full list of this year's nominees and winners of the IPMA, head to ipmaawards.com

I took a Music Break, Am Not Faded - Barbie Jay

I Am Tempted to Do Secular Music Sometimes — Pr Bugembe

Details: Why Lwasa Gifted His Barber with New Ride