31-year-old model Amber Rose, chose to rock a skin hugging, tight purple dress, while on tour in the United Kingdom where she made an appearance at the Milton Keyne‘s Wonderland club.

Amber who was the host of the party was spotted partying with the club goers in her body hugging purple dress.

Amber stunned in her ensemble which showed off her famous cleavage and no underwear as she arrived at the club. 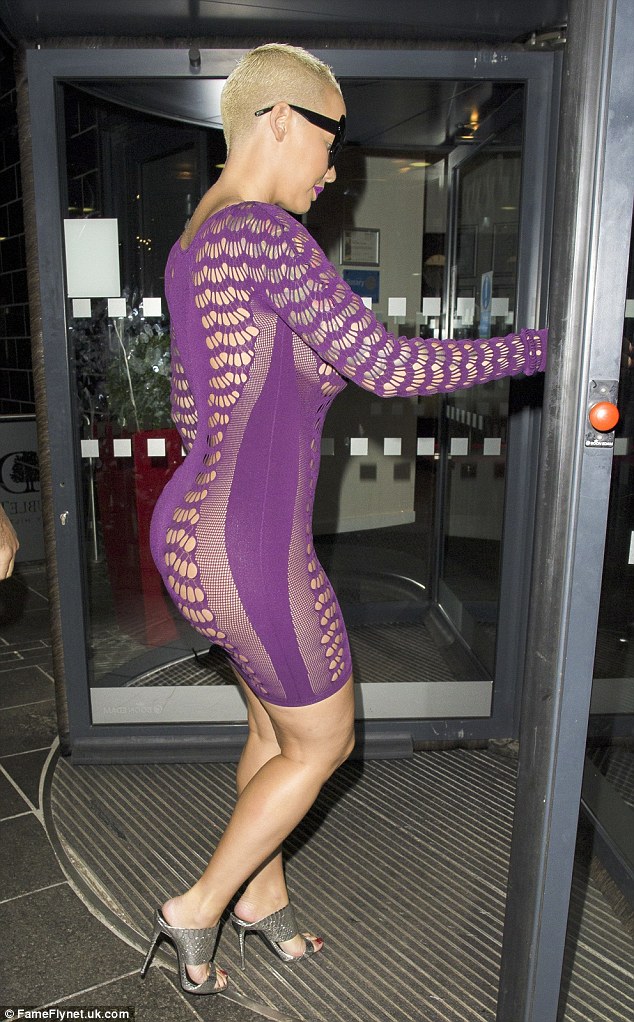 Britney Spears Accidentally Exposed Her Nipple During A Performance