It was a staggering spectacle yesterday afternoon when American RnB singer Neyo’s team of 14 touched base at Entebbe Airport.

Upon landing, the team of 14… mostly sound engineers, lighting technicians among others headed to Lugogo Cricket Oval to oversee and perfect the setup to guarantee  the best experience possible.

According to our sources, the stage is over 60 meters and has equipment weighing over 27 tonnes, which makes this concert, the biggest in Ugandan History!

Ne-Yo who will be performing tomorrow October 30, 2015, He is expected to arrive today at 10:30 Pm alongside other 16 people, mainly the band, backup singers and dancers. 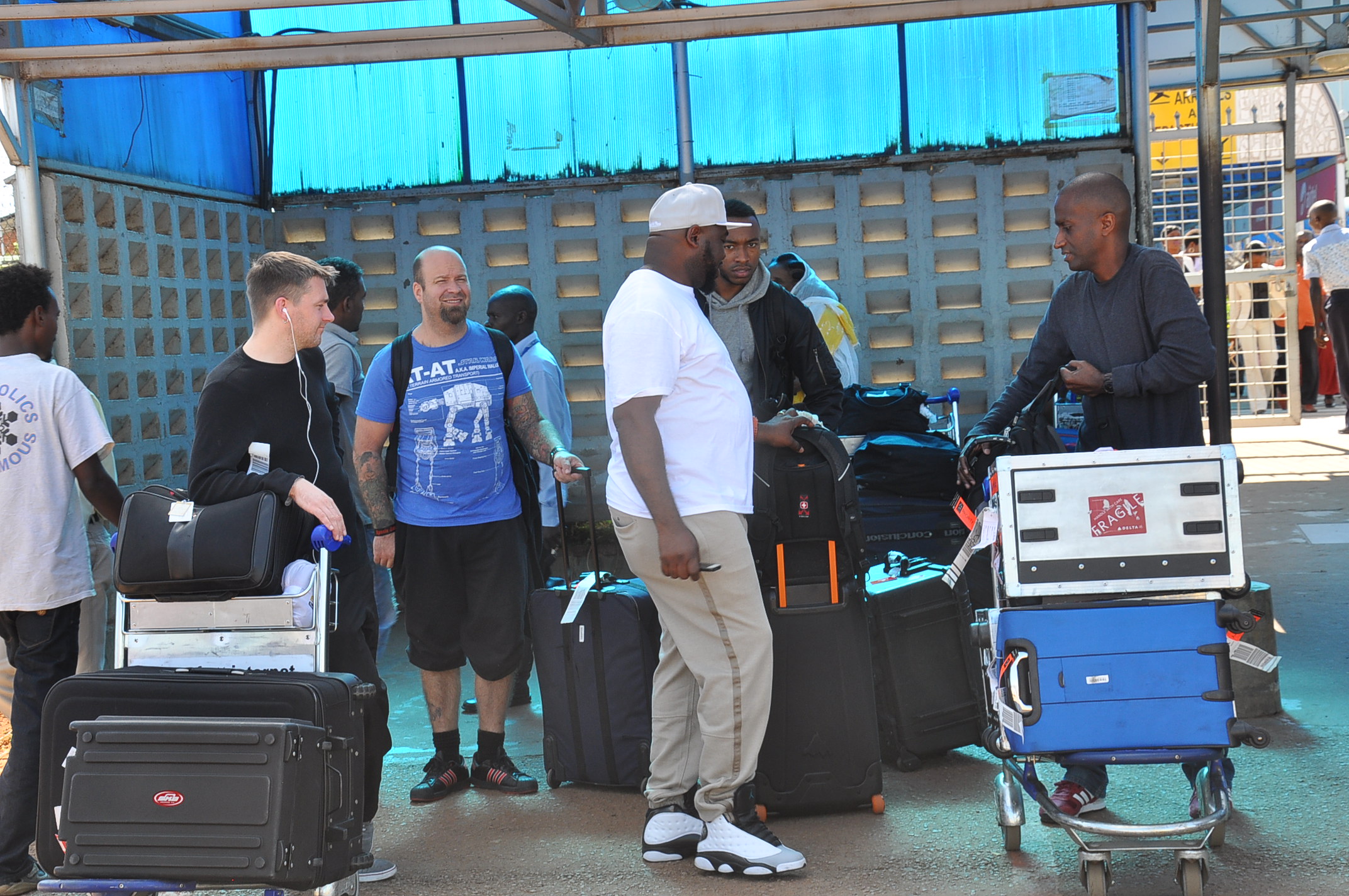 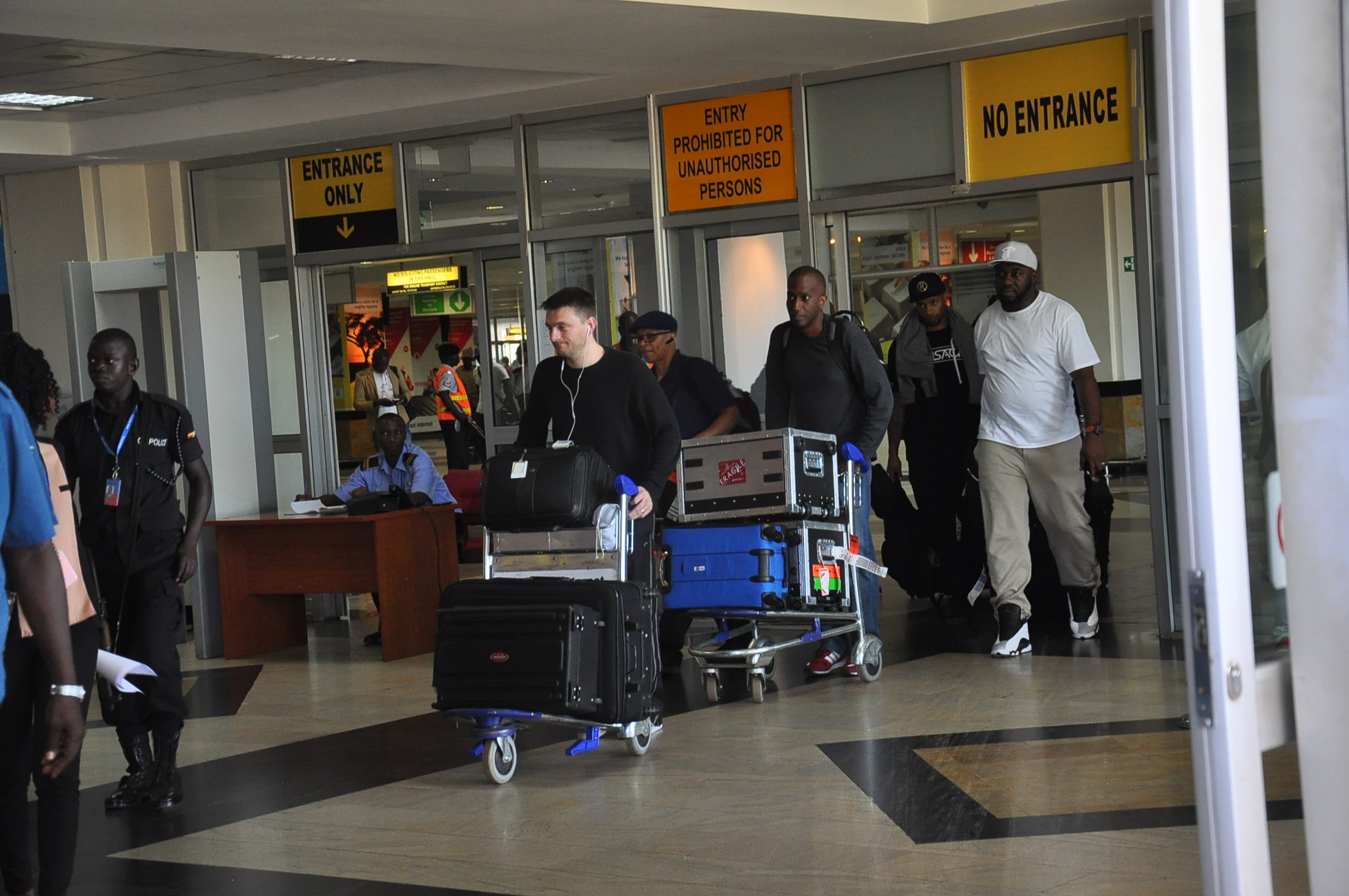 Thousands continue to collect their Bell Pop’n Jam with Ne-Yo tickets at Game Lugogo Parking lot as they prepare for the mega concert.

The tickets are also on sale going for 60,000 and 120,000UGX for ordinary and VIP respectively. They can be purchased from Nakumatt Oasis, Capital Shoppers Nakawa, Oryx Fuel Station Lugogo, and House of Walker at the Sheraton Kampala Hotel and on the tikiti app