Radio and Weasel are set to launch their "KIRIMANYI" -- an over 25 song album -- 8th may 2015 at Hotel Africana Kampala.

The most anticipated album has attracted international attention including one of Africa's finest, Starboy WIZKID also known as WIZKIDAYO who will feature on the album launch.

We're being told Wizkid will jet in the country May. 5th for a maximum sound check rehearsal ... 3 days before the mega show.

Meanwhile RADIO & WEASEL are flying out today for a two week European tour in countries like SWITZILAND, GERMAN, DENMARK, FINLAND and others.

Our source close to Radio and Weasel tells us that after the tour, the duo will be premier the long awaited STREETLIGHTS music video -- shot by ALLOY FILMS, one of South Africa's biggest film companies.

Team radio and weasel have been in an 8-hour meeting at Back Packers setting strategies on how to promote their upcoming Launch and new video expected to be released a week after Easter. 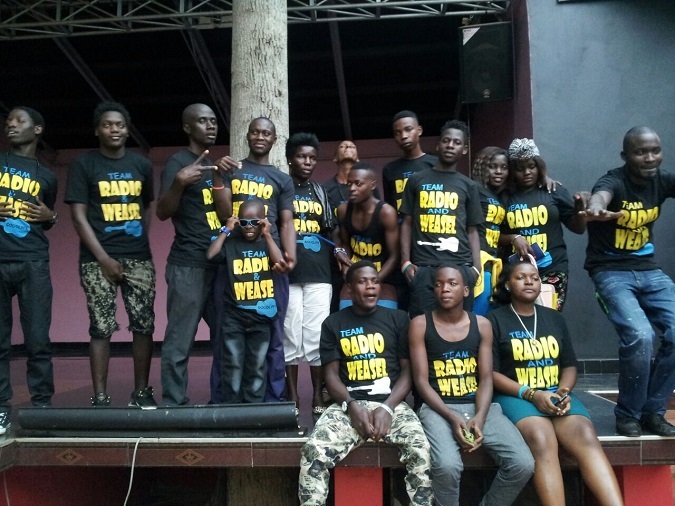 Some of Team Radio and Weasel.

Pastor in trouble for defiling two minors in Mbale