When will Bebe Cool and Bobi Wine smile in the same Photo, again? Well on the last concluded Hipipo Music Awards there was an opportunity for the two rivals to capture media attention but Bebe Cool spoilt the whole photo  and nearly cried even after he had won many awards, WHY??? perhaps Bobi Wine was in the photo!

The two former friends found themselves on stage after the legendary Joanita Kawalya of Afrigo Band was declared winner of the Lifetime Achievement Award and on moving onto the stage, she requested her preferred male artistes: Navio, Bobi Wine, and Bebe Cool, to step on stage for acknowledgement and receive the award.

Nonetheless, Bobi Wine who had just completed his performance was a bit timid to come onto the stage but Joanita insisted on calling him till he showed up however he could not stand next to Bebe and moved to Kawalya’s other side before they all posed for a photo as the fans cheered on. 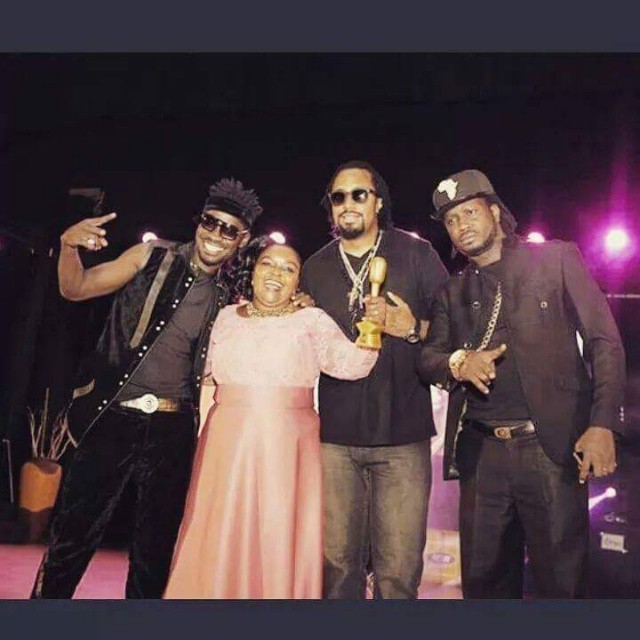