After some time travel from Nicki Minaj, some mid-air chair floating from Ariana Grande and a very pregnant performance from Alicia Keys, the MTV European Music Awards (EMAs) are over and the winners have been announced!

This year, Scotland was the host country for the European musical extravaganza, and on Sunday, Nov. 9, Glasgow’s SSE Hydro was transformed into time travel machine, catapulting viewers through memories of the most outlandish moments in the MTV EMA’s 20-year history. 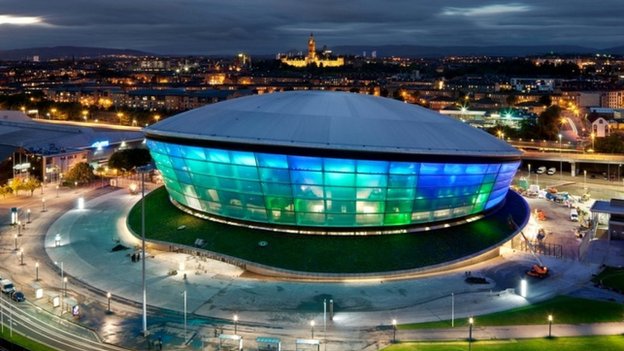 The Glasgow Hydro, which has a capacity of 13,000, opened in October

The “Anaconda” singer opened the show, transporting viewers back to 1994, where a fresh faced Minaj watched the first-ever MTV EMA from her bedroom before traveling into the future to make her grand show entrance wearing a stunning frilled ball gown and cleavage-enhancing sequined bra, soaring across the stage on a wire.

“Her Royal Minajesty” then led the audience through the rest of the evening, in an array of eye-catching outfits, and even took home on award herself, for Best Hip Hop.

Bootylicious Minaj (who debuted her new song “Bed of Lies” amongst a montage of her biggest hits), a very pregnant Keys and Best Song winner Grande all gave show stopping  musical performances. Ed Sheeran lit up the stage with an elaborate musicbox for his performance of “Thinking Out Loud.” 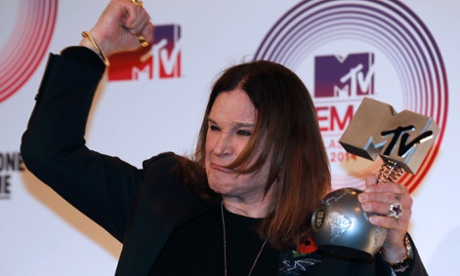 Go for it mate, you earned it … Ozzy Osbourne at the 2014 MTV Europe Music Awards. Photograph: Russell Cheyne/Reuters

Here’s the complete list of winners from the star-studded Scottish event:

Sheebah is the best Ugandan musician to work with - Sasha Vybz