Comedy Store, a weekly comedy show that has been hosted at 400 bar and restaurant in Bukoto, is moving to a new venue.

According to a statement released by Alex Muhangi, the brains behind the show, they are now moving to UMA Hall Lugogo.

Meanwhile, word on the street has it that 400 bar was sold off and the new management refused to pocket Alex Muhangi’s monthly rent of 6M to host his weekly shows. Finally he settled for UMA.

It should be noted that he shifted in October last year from Diners lounge to 400 bar. The move reportedly came after Muhangi fell out with his former host- Diners Lounge, also based in Bukoto 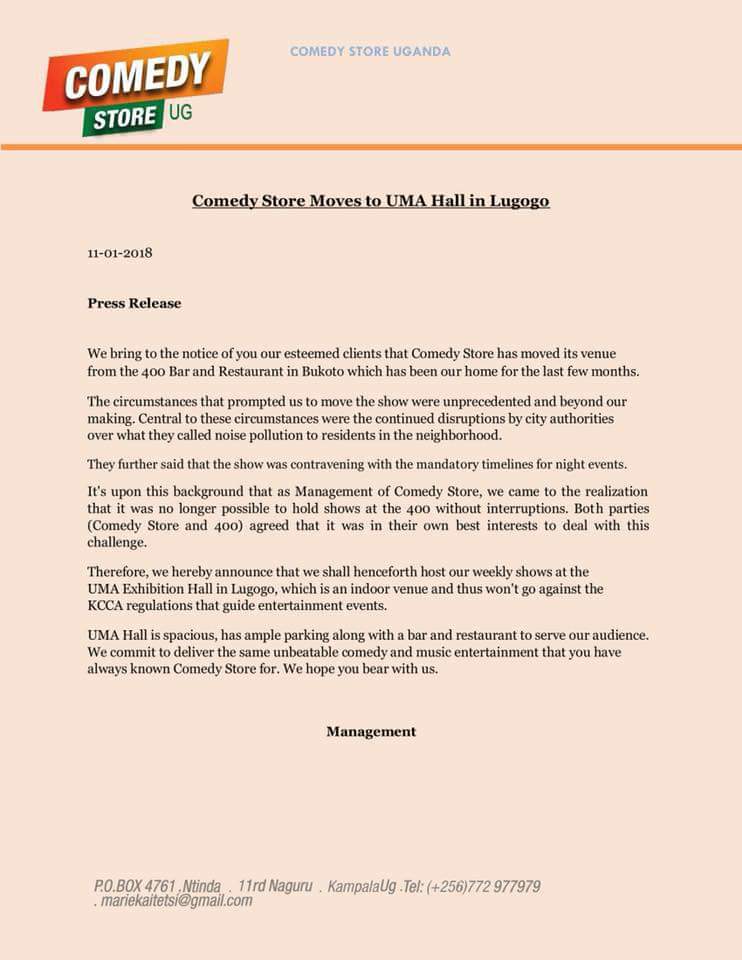