Howwe.Biz reported earlier today that A Pass savagely destroyed singer Geosteady with a DEVASTATING Facebook post. A Pass dropped some personal attacks on Geosteady. However, some of the music critics expected Apass to respond musically. He instead hid behind the computer screen to put holes in Geosteady’s command of English Language.

Well, Geosteady has responded saying that Apass only sings in the Kitchen. He says Apass is only good at making noise.

Geosteady claims that he has been entertaining Apass’s fans because Apass no music to deliver. He also taunted him to drop a video of his concert on social media since he knows how to tweet and post.

This is what Geosteady posted; 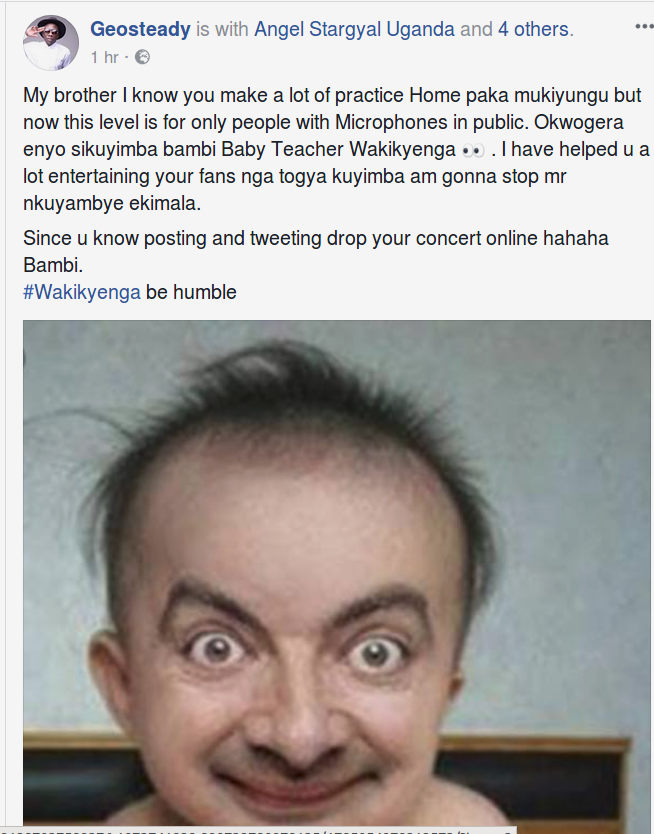 Spice Diana Claims She is Overwhelmed By Endorsement Deals

Firebase Entertainment is the Only Home of Talent in Uganda  - Zex

Canary Mugume’s Introduction Was A Hub For COVID - MP Muhanga

Kasese District Leadership calls for establishment of an Oxygen plant

We have come back to reclaim our victory - Eddy Mutwe

Spice Diana Claims She is Overwhelmed By Endorsement Deals