A few days ago, Nigerian singer Ayodeji Ibrahim Balogun a.k.a Wizkid took to twitter and announced that he's coming to Uganda anytime soon to do two free concerts.

This comes after his December 3, 2016 show that was organized by Startimes and Face TV to take place at Cricket Oval, Lugogo was cancelled. Wizkid abandoned the show dates in order to shoot his music video in the US. Ugandans were bitter and promised to revenge.

Now the latest information we are getting is that a group of Ugandans are planning to make Wizkid’s free shows FLOP! Apparently, they want to start a campaign online to mobilize Ugandans to snub his shows if dares step in the country.

Meanwhile, following his tweet, some Ugandans showed their displeasure with mean tweets, See below! 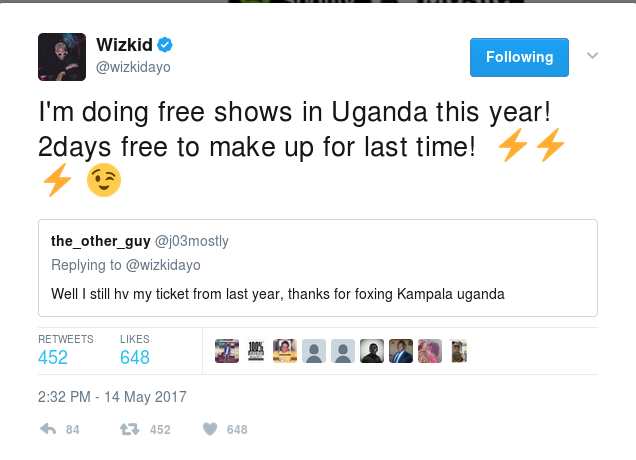 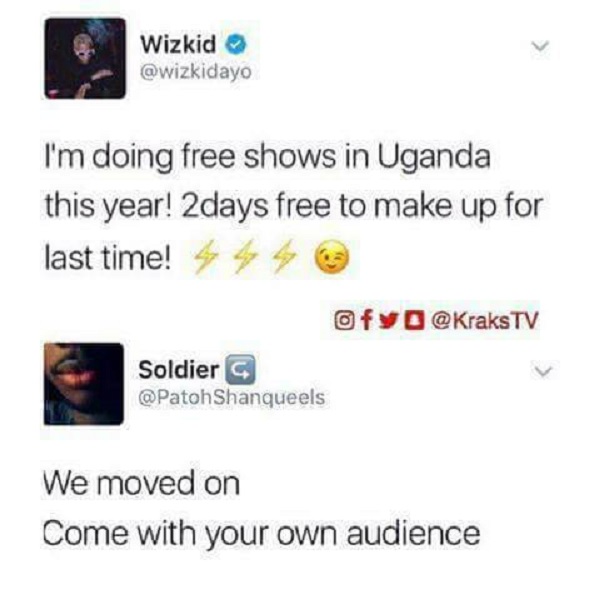 We ask, do you think Ugandans can ignore a FREE CONCERT FROM WIZKID?