“I am the first person to own a car in my family and look where the opportunity has come from, from Pepsi, I am forever grateful to Pepsi for changing my life,” said a teary Byansi.

Annette Nambi his cousin was also quick to add to his statement that the tomatoes and cabbage farmer is to be the first person in their family to drive.

“It’s hard to believe that he now owns a car, although he wanted to have one, now was never the time for him to get it, said Annette Nambi Byansi’s cousin.

Byansi was given his Toyota Noah on Wednesday at Namulesa Market along the Jinja- Kamuli road.  Just like those that won before him Byansi participated in the Sala Puleesa promotion and on the Sunday night of November 13th, 2016, he was called during a live draw and given news of him win. 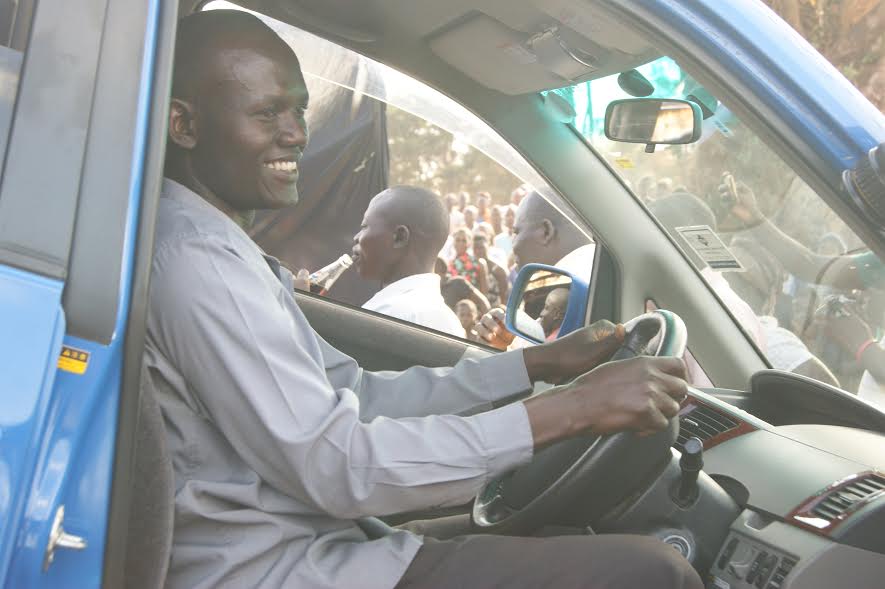 “I was planning to go to bed, that’s when I received a call and I was told I had won a car. At first I thought it was a lie until this caller insisted. And because I had watched a show where they call people to pronounce them winners, I could recall the voice. I just sat down and for a number of minutes, I could not talk until they called me back to ask me about my details, “said Byansi.

Byansi says he is going to use the car to make money to enrich his tomatoes and cabbages farm.

“I have been looking for resources to help me improve my farm, and look God has answered my prayers, he has brought the opportunity though Sala Puleesa, thank you Pepsi,” added Byansi.

Victor Kamenyo is too Broke to Maintain a Beautiful Woman — Kasuku

The successful concert was attended by several politicians like Derrick Orone, and Kayemba Solomon among others.
Story by Howwe
\ 1664222075

After the Nyege Nyege festival, a video of rapper VIP Jemo landed online in which he was seen wasted.
Story by Howwe
\ 1664175648

The storeyed house under construction is located in Busabala, a Kampala suburb.
Story by Howwe
\ 1664131855

Victor Kamenyo Kwanjula Hangs In Balance After Fight With Girlfriend

He denies cheating on her even though there were messages suggesting he was having offside romps.
Story by Howwe
\ 1663879634

Shock as MP collapses in Parliament

The Member of Parliament for Bukimbiri county in Kisoro district Eddie Kwizera collapsed this morning as one contestant was speaking.
By Businge Brian Franco \ 1664462692

The operation followed complaints from locals and area leaders of increased cases of burglary, mugging, and attempted rape in recent weeks.
By Businge Brian Franco \ 1664459517

Burna Boy has always been my fan - Navio