Crown Beverages Limited (CBL), the bottler of Pepsi, Mirinda, Mountain Dew, 7Up and Evervess today unveiled Sala Puleesa, a new promotion aimed at rewarding consumers of its soft drinks, and strengthening its position in the beverages industry by widening its market. 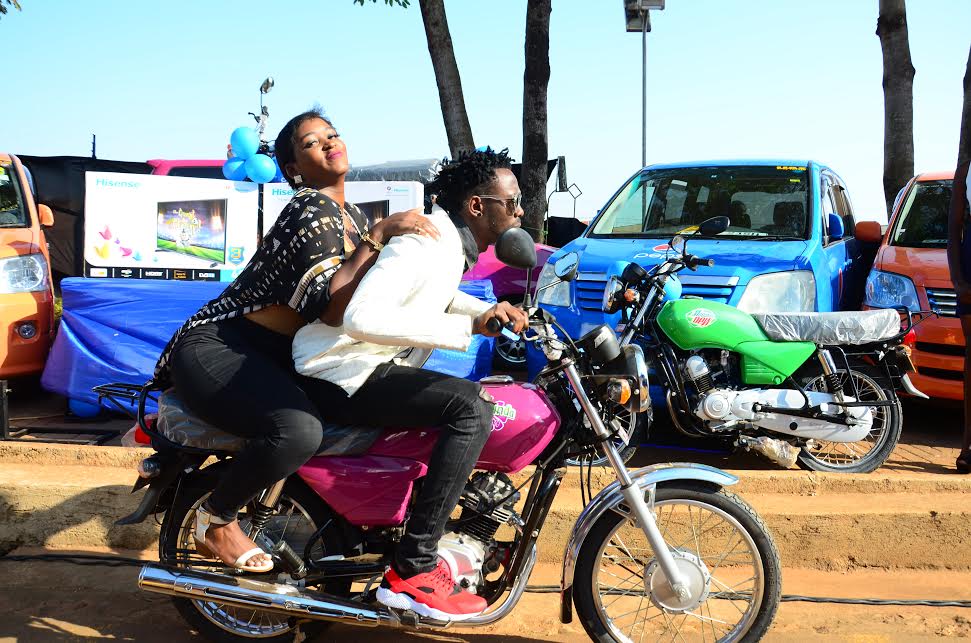 While unveiling the promotion, Mr. Paddy Muramiirah, the Acting Chief Executive Officer, CBL, said, “The Sala Puleesa promotion is another unique way of showing appreciation to our customers in Uganda. In addition to our wide range of carbonated soft drinks which are available to customers, the promotion presents an opportunity to step-change their way of life by enabling them achieve their dreams,” said Muramiirah.

Sala Puleesa which was coined from Ugandan musician Mun G* (Emmanuel Mungi)’ song means, to keep calm and Live For Now despite any setbacks one may be facing.

“Through this promotion therefore, we are telling Ugandans to keep calm and Live For Now by enjoying our soft drinks and at the same time, stand a chance to win the great prizes on offer, despite the hardships they encounter every day,” said Mr. Jeff Sekandi, the Ag. Head of Marketing, CBL, adding that Sala Puleesa, is aimed at giving our customers more value for their money. 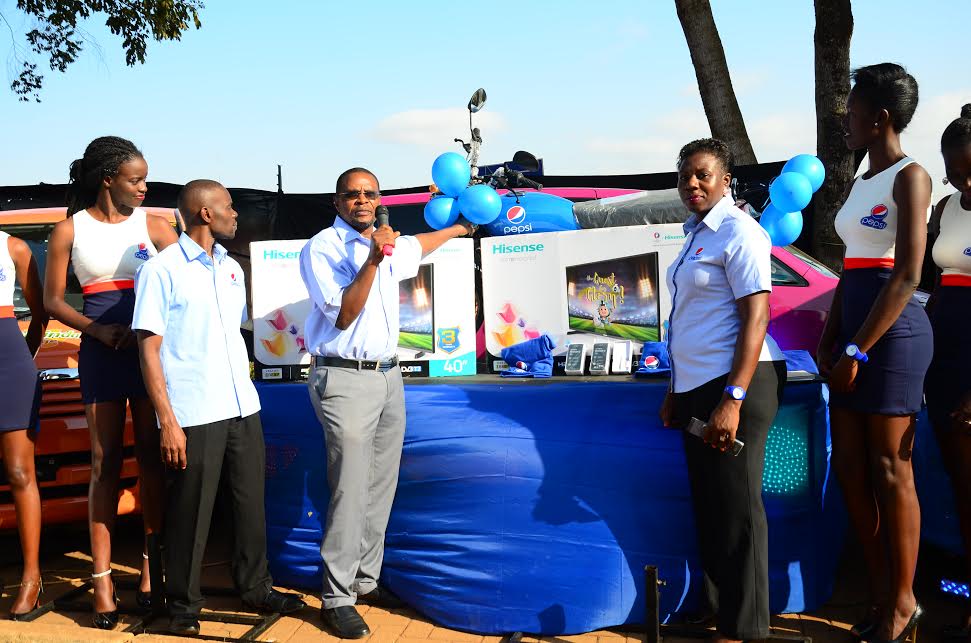 To participate in the promotion, consumers will buy any of the company’s 300ml glass bottles including; Pepsi, Mountain Dew or any Mirinda, check under the crown for an instant prize or code which he or she will SMS to 8777 to enter a weekly draw to win an aspirational prize. The weekly draws will be held live on NTV, Urban TV, Bukedde and TV West every Sunday at 8.00pm and winners shall be announced. A 300ml glass bottle for Pepsi, Mirinda or Mountain Dew costs shs 1,000 and its available countrywide in all Dukas, Supermarkets, Shops, hotels and bars. 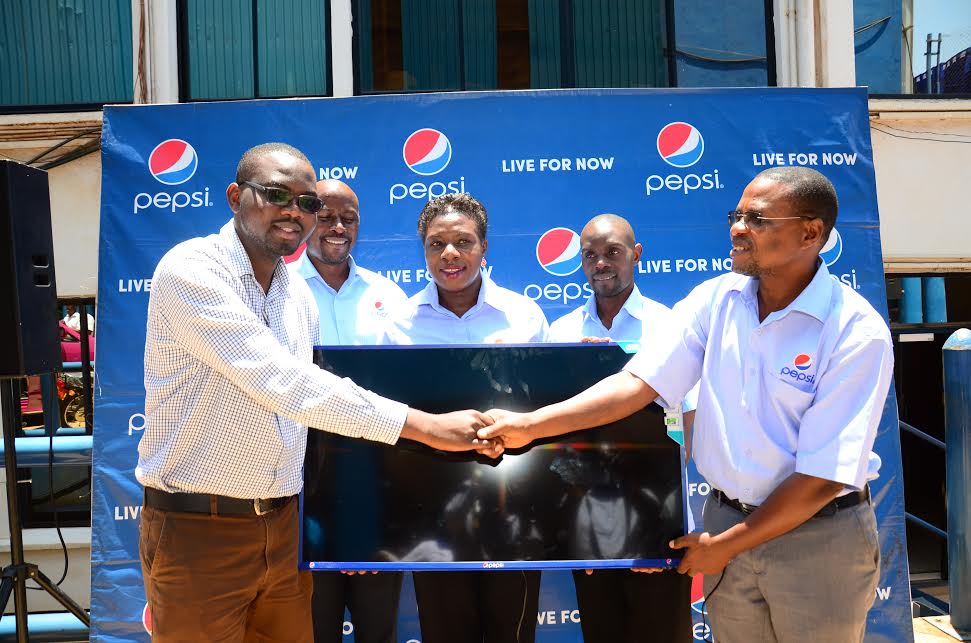 Mr Sekandi, added that two of the biggest musicians in Uganda namely; Mun G* (Emmanuel Mungi Matovu) and Winnie Nwagi, have been signed up as the promotion ambassadors.” Mun G* and Winnie Nwagi are a perfect fit for the Sala Puleesa promotion because their music appeals to all ages and classes of people who consume our products. Since this is a countrywide promotion, throughout the three months, the two musicians will perform at all the activations to raise awareness for the promo,” said Sekandi. 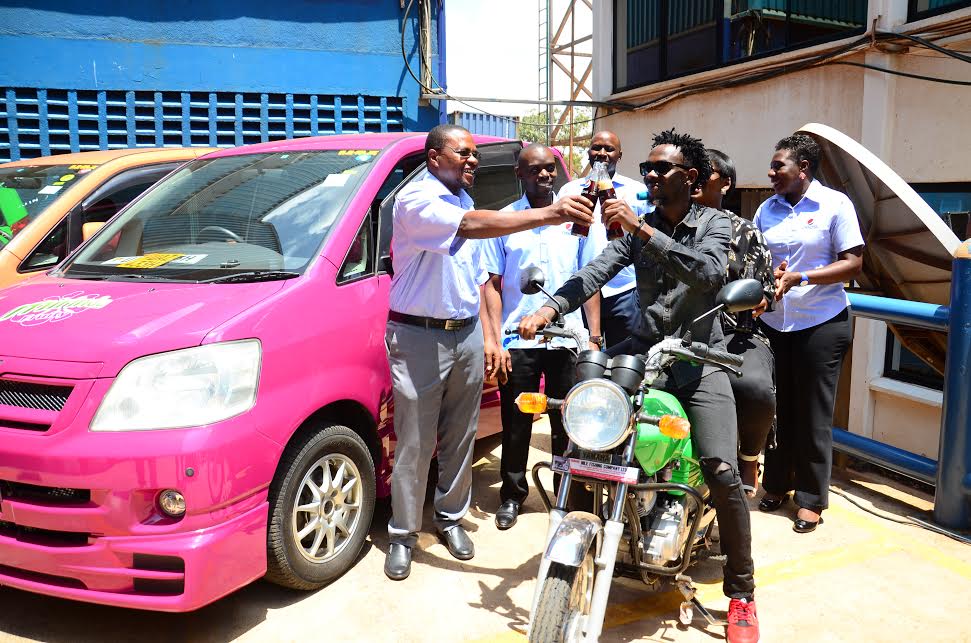 The promotion will run between August and November and will create “life-changing opportunities for millions of CBL customers. Over the years, CBL has introduced successive promotions, in which consumers have won up to 120 cars and hundreds of other on-demand prizes.  Sala Puleesa will build on the success of CBL’s great promotions including;  Moto Moto, Motozela, Mirindarific, Chamuka Keys and Dare Drink and Drive.

Pallaso Busted for Masquerading As Rich