The Nigerian star who jetted into the country to grace the awards on Wednesday morning at around 3am was shocked when she was left to louse at the Entebbe international airport waiting bay as there was no one to fetch her up upon arrival.

The organizers who claim there was a miscommunication showed up at around 6am and held lengthy apology sessions as she threatened to cancel her performance.

However, she later agreed and was whisked away to her hotel room at Serena hotel. Later on in the day, the award committee led by tycoon Jack Pemba tried to pamper her by taking her around the shores of Lake Victoria from Munyonyo Speke hotel in an expensive private boat cruise but Nigerians have no chills, she kept her anger waiting for a deadly revenge.

Guess, on the event day Friday Yemi Alade stepped on stage and performed her Johnnie hit half way and that was it all she ended her performance by saying 'Uganda i will back with my band and shorts for a performance under the right circumstances'.

"#Thankyou Uganda we'll be back with my band for a concert under the right circumstances.
#weOut
@geniuzzofficial
Thanks to #teekayhouseoffashion"" 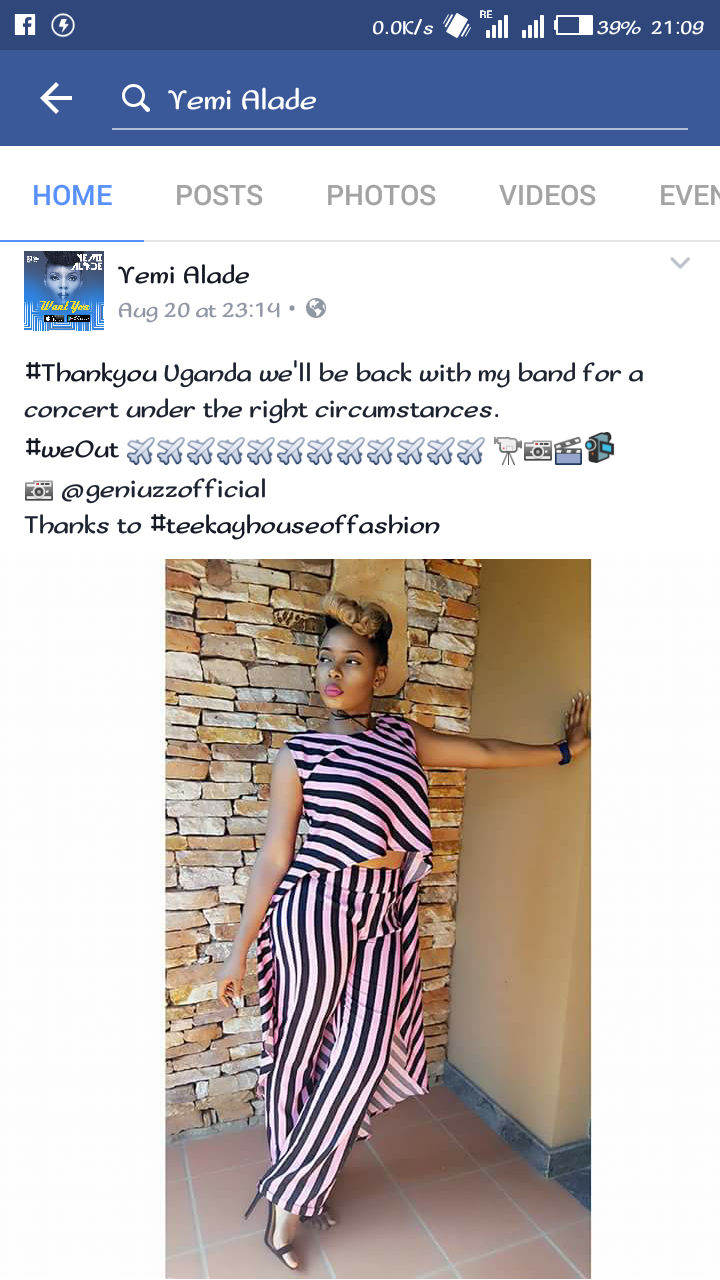 Its also believed that Yemi Alade was tapped by a nemeses of this event and advised her not to perform at the awards as she can be paid millions of cash to come back for a mega show, this is evident in her words and post.

Rema and Hamzah can fast after Ramadhan to compensate - Kato Lubwama