Pepsi officials yesterday (April 6, 2016) visited the three people who have so far won themselves tickets to Mila, Italy to watch the UEFA champion’s league finals live.

According to Tracy Kakuru, the Pepsi brand executive, the winners; William Musinguzi of Kitooro, Entebbe, Elly Muhwezi of Kansanga, Kampala and Abel Kafanka of Bukoto, Kampala were paid a courtesy call by Pepsi officials on Wednesday to start preparing them for the journey.

“We wanted to give them assurance that they will be traveling to Milan to watch the UEFA Champion’s League finals and to also ensure that everything from their side is in place for the journey,” Kakuru said. 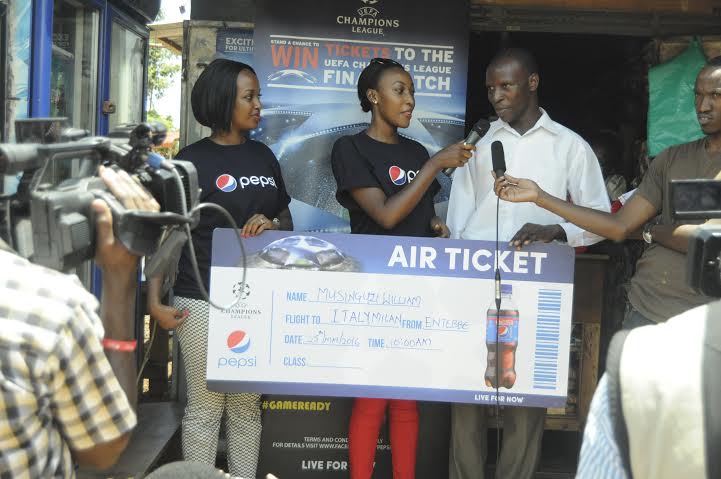 The “Drink and Peel’ promotion was launched on March 21, 2016 in Uganda as part of a three-year global partnership deal signed between Pepsi International and UEFA, Europe’s football governing body.

Pepsi Uganda will be sending 10 people to watch the finals of the second respected footballing event on the sports calendar. The winners so far have all the valid documents as regards the terms and conditions of the promo. 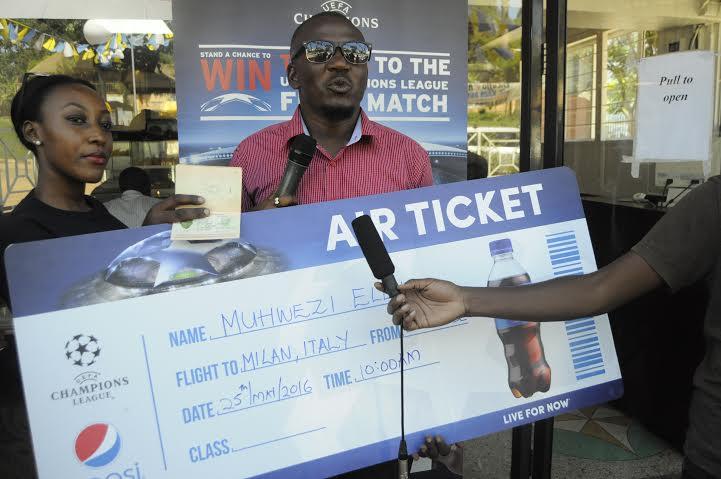 “I am so excited that I am going to watch the finals of the Champion’s League, for less than shs10,000. This is like a dream. I just bought a Pepsi 500ml plastic bottle, peeled off the wrap and sent the code I found in there to 8888 and here I am going to Europe,” said an elated Kafanka. 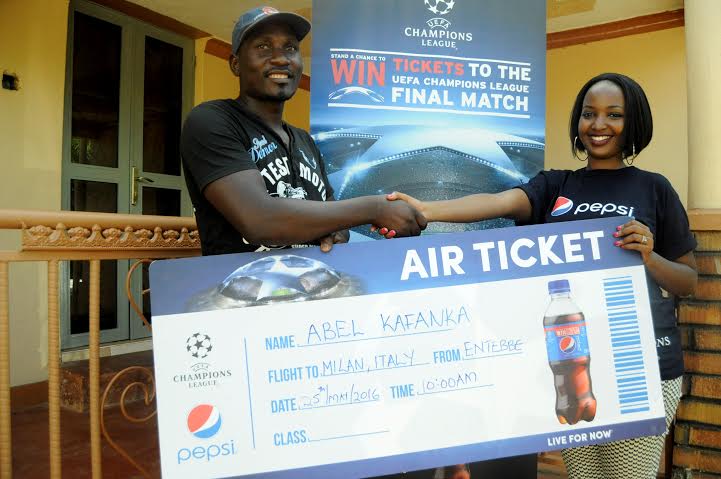 Another draw will be conducted on April 17, 2016 on NBS TV in which another set of winners will be announced live.

To stand a chance of winning in this promotion, a Pepsi consumers will be required to peel wraps off 330ml and 500ml PET Pepsi bottles to reveal a code and SMS the code to 8888 to enter the draws that will be held live on NBS TV and NTV twice every month prior to the finals. 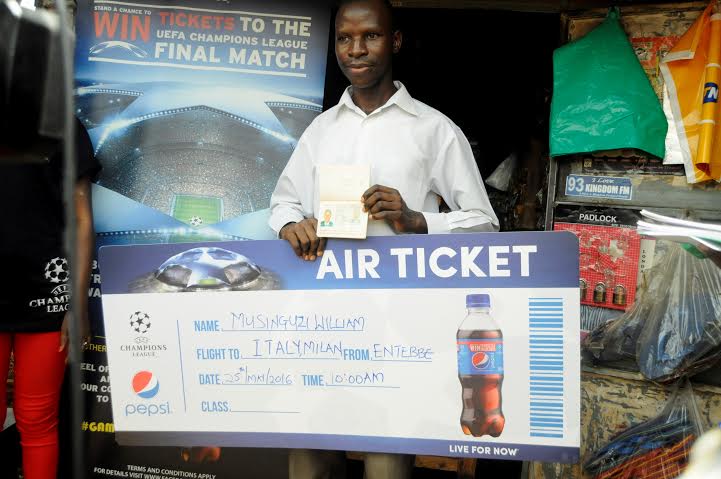