Just when it seemed like Bebe Cool was fighting a losing battle against club DJs for not playing his music, rapper Navio joined him.

Hip-hop Rapper NAVIO joined him on Saturday as he started a social media Pro-Bebe Cool campaign as a means of saving the singers music.

Below is the full statement from Navio:

BELOW IS THE FULL STATEMENT FROM NAVIO

“Let me say this clearly. Firstly Bebe Cool is my big brother. With 3 collaborations together over 10 years ago he is the first artist we cared to work with.

When he makes a comment and people twist his words- THOSE are the people I will address. I will address those that heard what he said, then came back to criticize me with it like it was meant as an offense to me.

So when I talk about these issues, I’m not referring to him. And I’m not talking about the DJ issue. I’m talking to the idiots online who are trying to make me abuse my brother. It won’t happen.

If I took what HE said badly- I could pick up the phone, drive to his house and talk about it man to man. Whether we fight, argue etc that is between brothers. I respect him and his wife too much to put him on that level of hate.

So don’t bring him into the issue. I’m talking to you people who twisted his words to make it seem like I didn’t make the most cash of any artist in the last 2 years. ANY.

With 10,000 people at my first show, you don’t have to convince me where my fans are or are not.

Now can we get back to the DJ issue and stop trying to distract people?

You people will make it seem like I’m no longer humble!!” 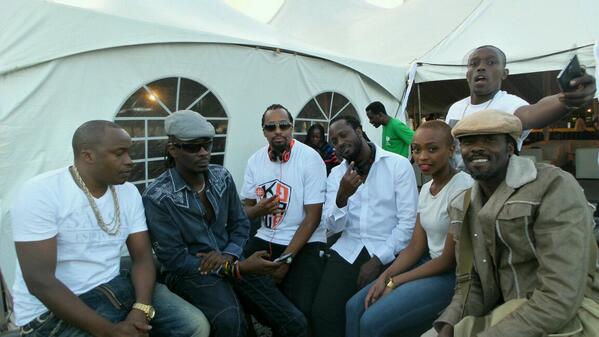 Dj Jacob Reveals Why He Has Taken Long to Marry

Ffefe Busi Says He Will Introduce Fiancée Next Year

Diamond Platnumz is too professional to ask for sex - Spice Diana