Renowned city comedian, Alex Muhangi is, as we talk, packing his bags of money to the bank after cracking Bank Of Uganda (B.O.U) staff with laughter at their end of year party.

Muhangi, who is also widely known as Aleku, was last week contacted by BOU officials after he ranked highest in a poll that was conducted to establish which Ugandan celebrity, the Staff wanted for the end of year celebrations.

Here are some of the photos. 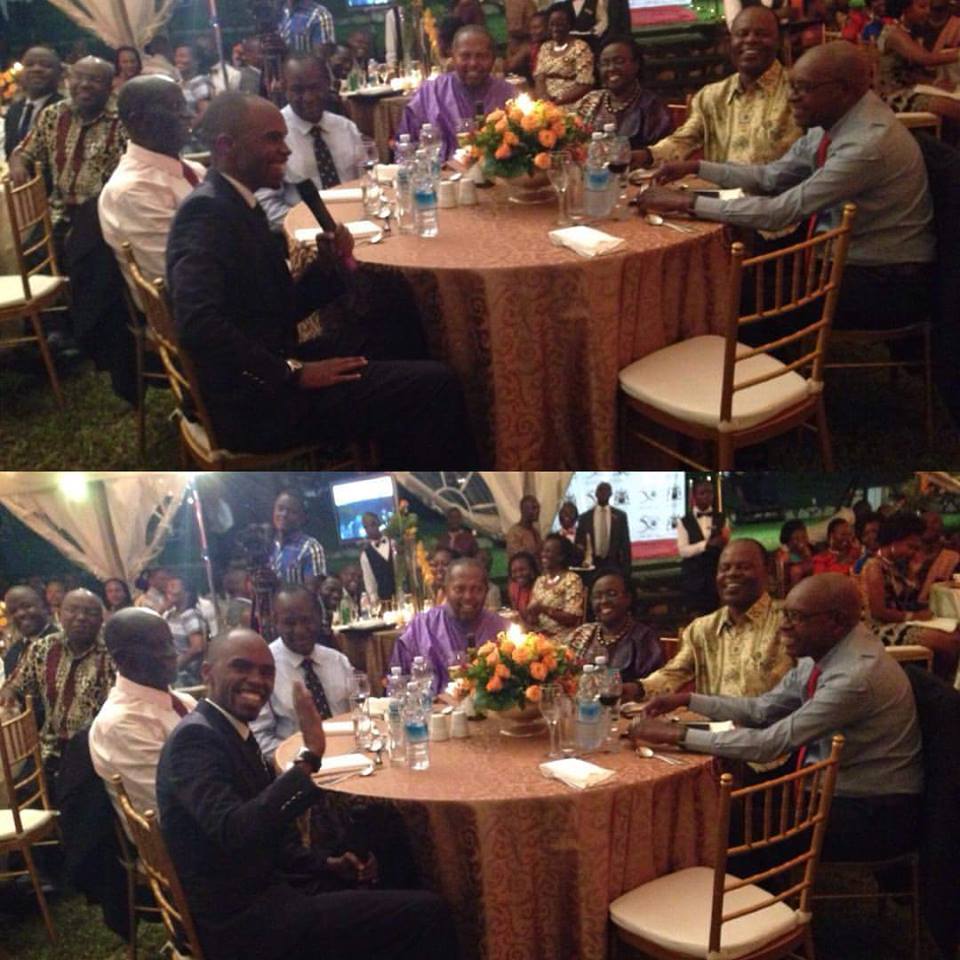