Stecia Mayanja has apologized for her reckless statements she made this week concerning FACCO products:- a company she once advertised for!

Recetly, Stecia came out and claimed that FACCO was not responsible for her good looking booty since public thought that Stecia's bum was fake and was seeking help from FACCO since they deal in Booty enhancements!

Also Read:Stecia Mayanja Cries Out: - My Hips and Bums Are Natural…it’s not FACCO Made

Yesterday, Stecia was called by management of FACCO and quized for being irresponsible and not respecting the company products.We have been told that, the company ordered Stecia to apologize or face court!

In a way to apologize, Stecia claimed that her account was hacked by malicious people who posted such message!

Here is what she said: 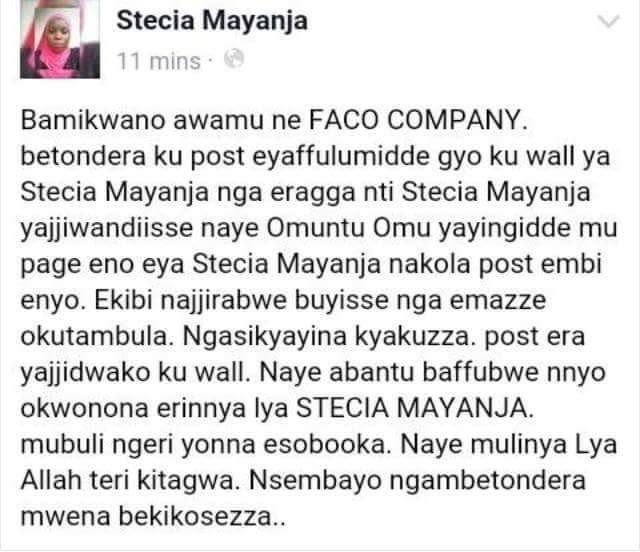