Home ›
News ›
Celebrity ›
New Shocking Details Into Club Guvnor Murder: Prime Suspect MAY Get Away With The Case!

As per yesterday morning gossip, prime suspect into the death of Johnnie Ahimbisibwe, the Muscle man Ivan Kamyuka was said, he would probably be charged with murder once investigations are complete.

However, things are a little bit getting WEIRD as the police revised the CCTV footage of the whole incidence.

Yesterday, Police revealed that investigations into the murder of Johnnie who was killed at Club Guvnor on Sunday morning were in final stages.

Police spokesperson Fred Enanga also revealed that the team of experts from Police were analyzing footage second by second as the incident occurred. He further revealed that Ivan had already recorded his statement with police and that they are waiting for a medical report on his mental status before charging him with murder.

Conversely, yesterday, Police stormed Guvnor for the second time to reconstitute the scene of the crime even after studying the footage. 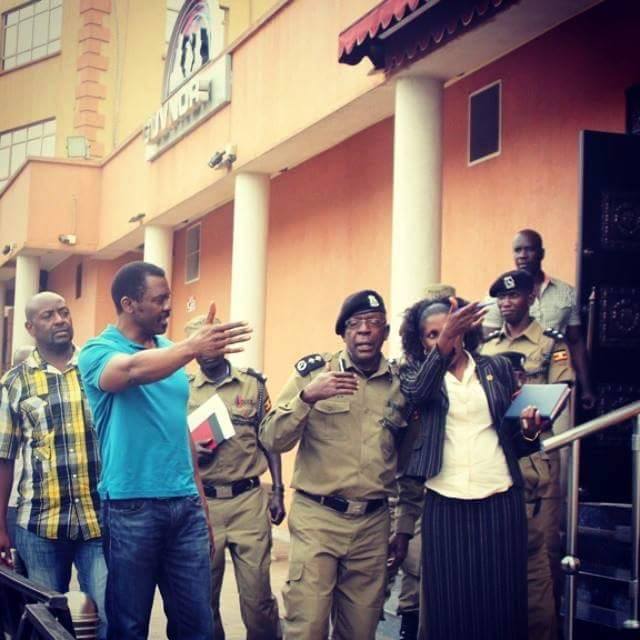 Well, we have been told by the reliable sources from Police that investigations into this matter is a little bit complicated. This second visit to the club comes after the footage showed the deceased attacking the couple (Ivan and Nina)!  The footage also clearly proves that the Chic, Nina was hurled and sustained bruises before the bust up. Shocking as it may seem, the woman is said to have since been released from Jinja Police Station as Ivan’s case still pends.

In a statement the prime suspect, Ivan placed at Police, he said he has always been trying to avoid the deceased and that if knew he (Johnnie) was in Guvnor, he was never ever going to be there. Ivan claims it was in self-defense and he was not in his minds

Meanwhile, Howwe has contacted a couple of experts in these murder cases to tell us what would happen the way things were unfolding.  We have learnt that “Ivan may get away with this case if he got good lawyers. He could be given man slaughter which is 7 years and that means he can be out of jail within three years”

In the meantime, the deceased Johnnie will be buried today (Tuesday) in Ibanda district. May his Soul Rest In Peace.

I Wish to get pregnant by mistake - Winnie Nwagi confesses

Gravity Omutujju Continues To  Fight  Chameleone In Favour of Lukwago

Kyagulanyi meets EC Chairman, appalled by images of him smoking on the