Home ›
News ›
Celebrity ›
Who Says Zari And Diamond Broke Up?

The romance between East Africa's biggest Celebrity couple Zari Hassan and Tanzanian singer Diamond Platnumz  is not about to end.... The two love birds are very much still together and are actually happy despite split rumors.

The couple has been at the top of the social scene since they hitched some time last year...their love life is everyone's business and has been surrounded with many false social media rumors , Talk of a secret wedding, the baby saga among other things.

Now not so long ago, the web was disseminated with news indicating that Zari and diamond's relationship was at the verge of breaking and all  was backed with Screen shots showing how Zari has been seeing another Man named Kitunzi - a Tanzania tycoon- behind Diamond's back.

This website earlier reported about an incident where Diamond forgot to mention Zari's name when he publicly hailed individuals who have been instrumental in shaping his Career....it appeared to us that all is not well between the two darlings but that seems not to be the case.

Judging from Zari's latest Facebook update- their is nothing close to a break up. The Pregnant queen posted a photo of herself with hubby diamond doing a shopping in London and they looked jovial.

Here is a photo- she captioned "current situation, In London- he thinks she should have more than one" 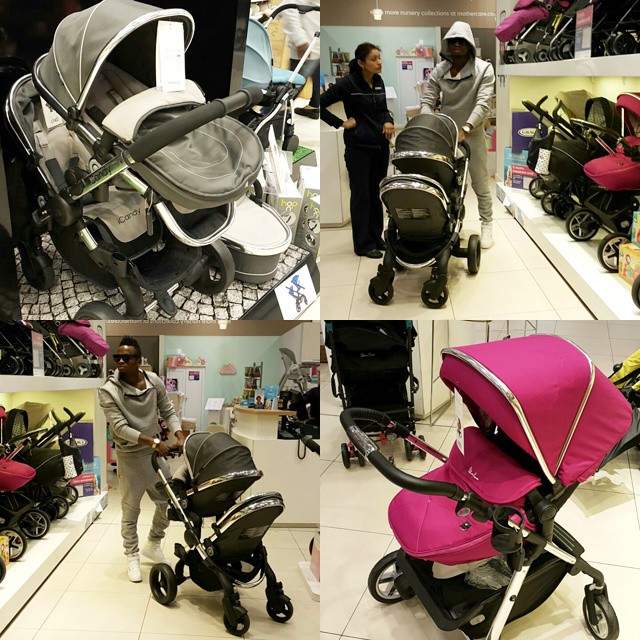