President Yoweri Museveni has sent his condolence message to the Mayanja family following the death of Emmanuel Mayanja popularly known as AK47.

In a message read by Minister Nyombi Tembo at AK47’s burial held in Busato, Mityana district,

Museveni said the passing of AK 47 has robbed Uganda of a promising young man whose contribution to nation building will be missed by all.

The President also made a contribution of sh10m towards the finishing of AK47’s house.

The idea of finishing the house was brought about by Ghetto President, Bobi Wine, during the late’s vigil at Seguku along Entebbe road.

Bobi started by contributing Shs 5m saying they needed to finish up the house so the widow, Connie Mayanja, and her twins could have a roof on top of their heads.

Also Read: List Of Celebrities And Their Contribution Who Have Joined Campaign To Finish Off AK47’s House!

However, there are viral pictures moving around the web with different names and contributions, one of them is here! 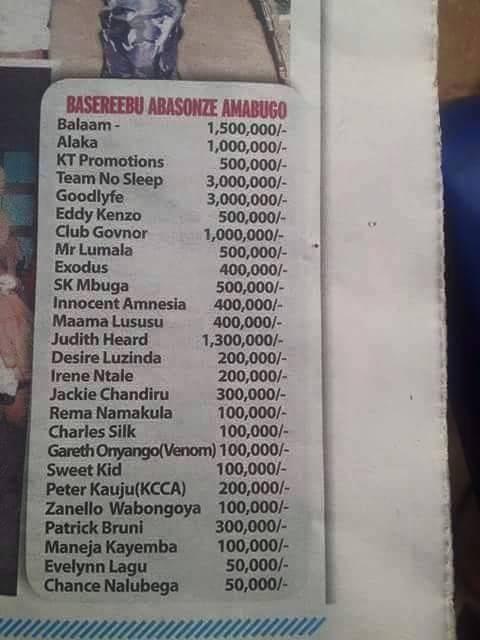 I wanted to ask Weasel if I could replace Radio - Pallaso