Kim Kardashian’s little sister Kylie Jenner’s lips aren’t the only things that are getting bigger. Word is, she may be expecting Tyga’s baby. Yep! The very same Tyga who is 24/25 years old while she’s just 17. 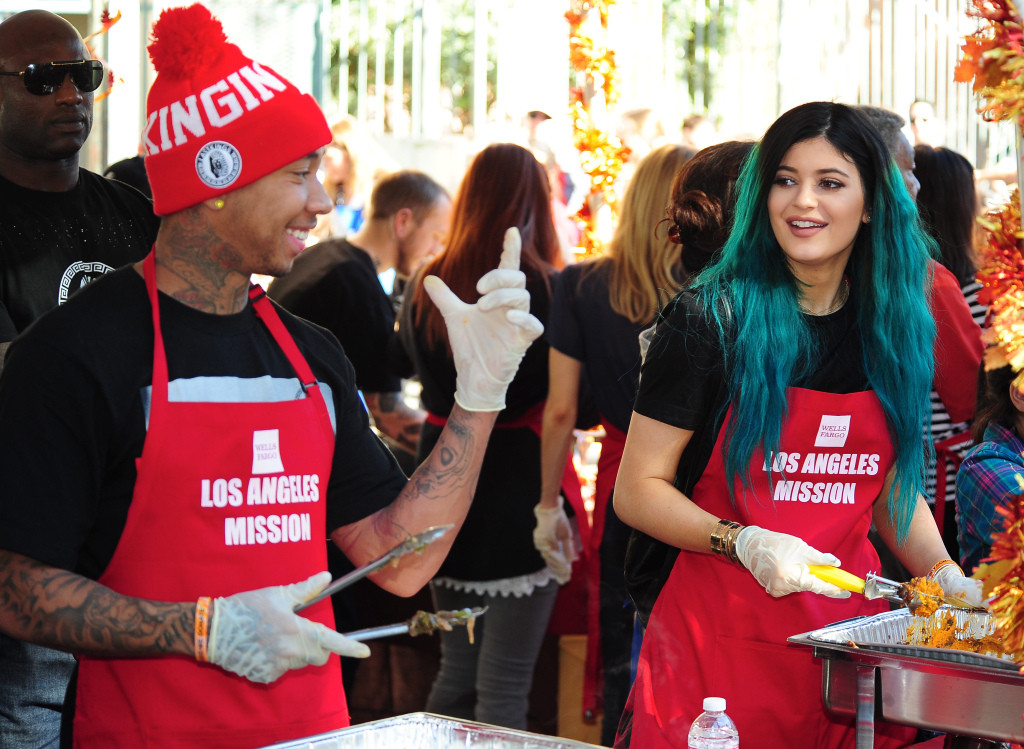 Shehas been posting pictures of herself on Instagram wearing baggy clothing. Why is this suspicious? She is of the Kardashian clan! When do they ever wear clothing that’s baggy right?

She’s apparently determined to keep this baby and Tyga thinks that she will make an amazing mother. Kim and Khloe however are furious with her and think she should have taken care of herself and made better decisions.

Kris Jenner, their momager, is also very unhappy about it and was reportedly screaming at Kylie telling her that she’s going to kill her. She (Kris) apparently tried to stop Kylie from dating Tyga but Kylie told her it was none of her business!