Last month, Dembe FM’s Kasuku made sensitive allegations that young and innocent gospel singer baby Gloria got pregnant at a young age and actually gave birth. It was said Baby Gloria was 14 years then.

Kasuku made those serious allegations through his social media pages. Fans across the whole world branded Kasuku as a senseless person who has nothing to report about.

Baby Gloria is a brand ambassador of Movit products in Uganda. After such viral post, management reportedly summoned Baby Gloria and her mother who is also a gospel Musician to explain if what was going on social media else risk the contract. It was later found out that all that was said were all lies.

Sources close to the situation revealed that Baby Gloria’s mum attacked the Dembe FM presenter and ordered him to apologise on the platform he made allegations from or face court over defamatory statements.

By press time, Kasuku was still playing around with words as he is still hesitant to make his apology clear. Here is what he has posted. 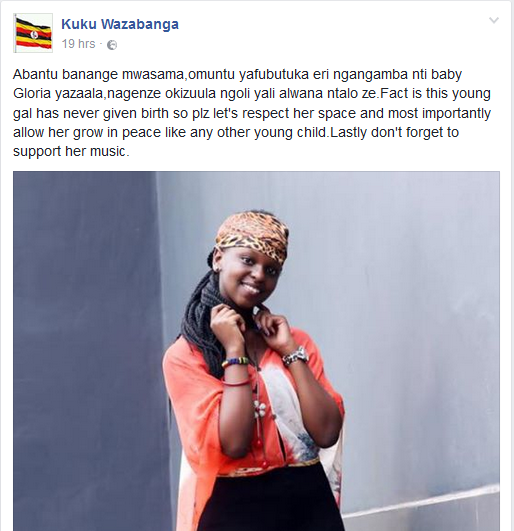 We shall keep you posted as events keep folding in.