Radio star and actress Ruth Kalibala has exclusively revealed to us that Life Guard Condoms used her and later dumped her after promoting their product.

In a brief interview with her, she regrets entering into an agreement with Life Guard condoms as their promotion face. (see photo below) 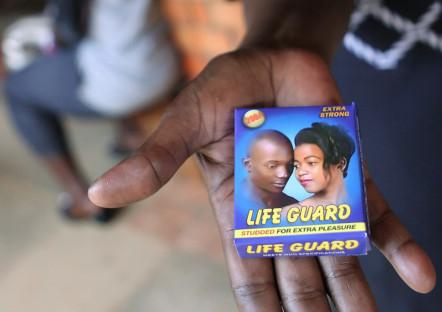 “I was made to sign an agreement when I was very young. I didn’t know the details in the contract. After signing the agreement, I started receiving some money but it later stopped. I regret appearing on the condoms” she said.

She adds that she feels bad seeing her face on the condoms that people use and dump. “Of course I feel so bad seeing my face on the condoms when I am not paid. The entire world sees me. It is sad but right now, I can’t stop it. This is what I am getting out of the excitement that I had long time ago when those people approached me”.

I am planning to sue Life Guard Condoms

Ruth Kalibala and hubby are busy putting together papers with their lawyers to sue Life Guard condoms.  Ruth wants the contract to be terminated on grounds that she was so young when she signed the documents.

“I am waiting for the right time. I and my husband are organising papers with our lawyers and we will soon drag Life Guard condoms to court. I need that contract to be adjusted”.