Zuena Kirema took to Instagram and shared an adorable photo of his hubby, Bebe Cool feeding their 8-months-old son, Ozil with a glass of juice.

Bebe Cool who is wearing a smile and a pair of shorts in the photo looks like he can do the job all by himself and still be good at it.

In an Interview a few months ago, Bebe Cool was asked what his investments are and without wavering, he responded, "my children".

His response sparked a lot of mixed comments on social media ... probably because people wanted him to say what they wanted to hear.

The singer's biggest investment is his family. But you knew that already ... because he wants you to ... so, he we go; 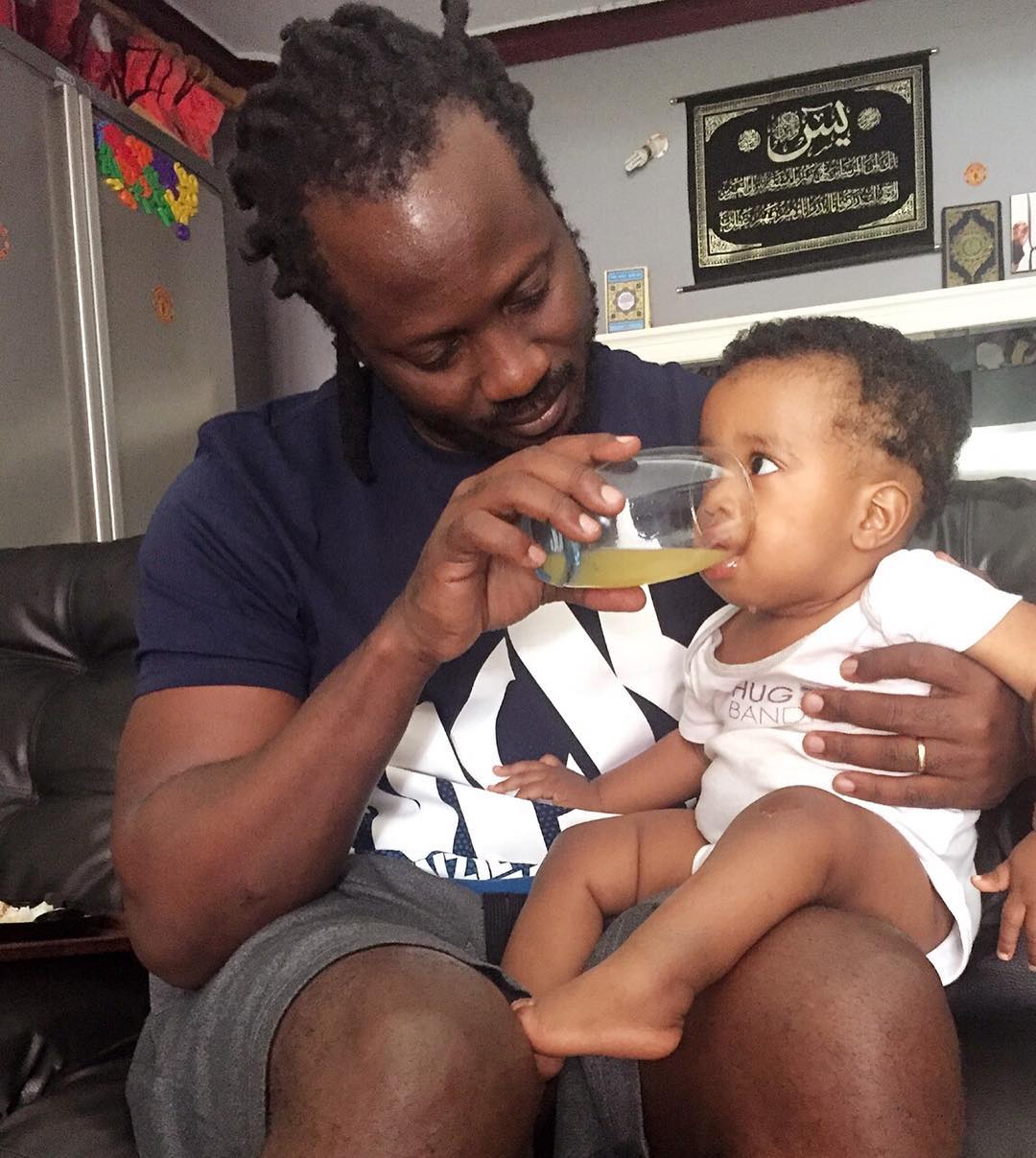 ION: Bebe Cool released the visuals of his new cultural inspired song "Kabulegane", Watch it below;