City Whooper Hawker, Ex-convict and also self-proclaimed tycoon, Meddie Ssentongo claims he’s impotent after allegations that he impregnated one of his ‘Sex Pets’.

According to a leaked conversation of Meddie and his concubine, the mysterious girl informs Meddie that she is in trouble with her family because of her pregnancy, adding that her family members would like to meet him. 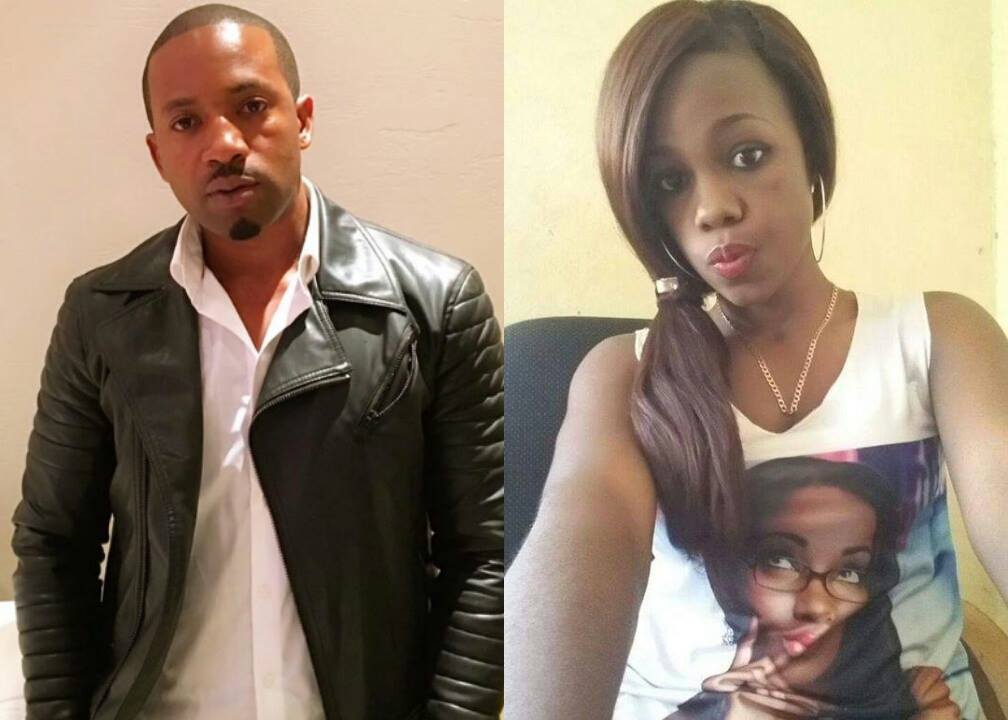 Shockingly, Meddie responds the message claiming ‘he was stepped on by a sheep’ and for that he cannot make any woman pregnant.

Here are the snippets of the conversation. 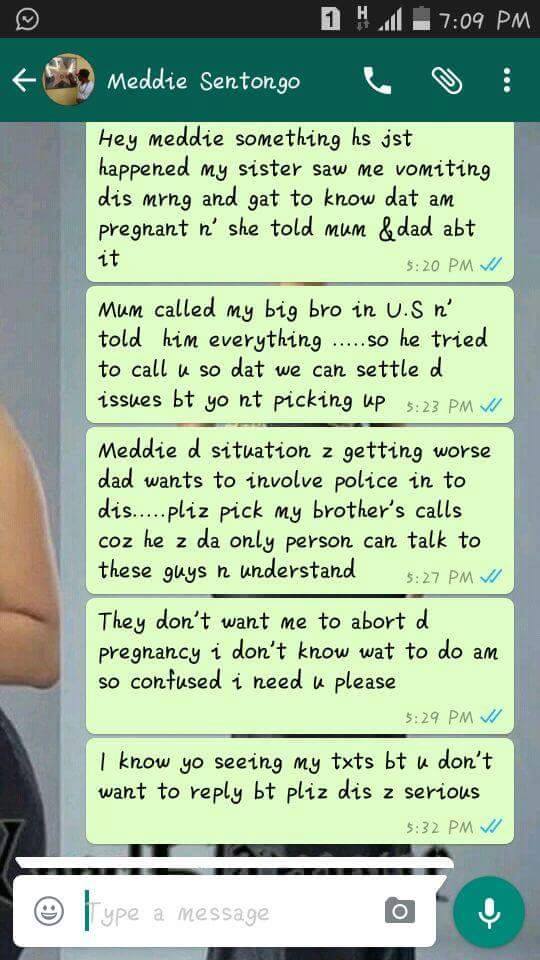 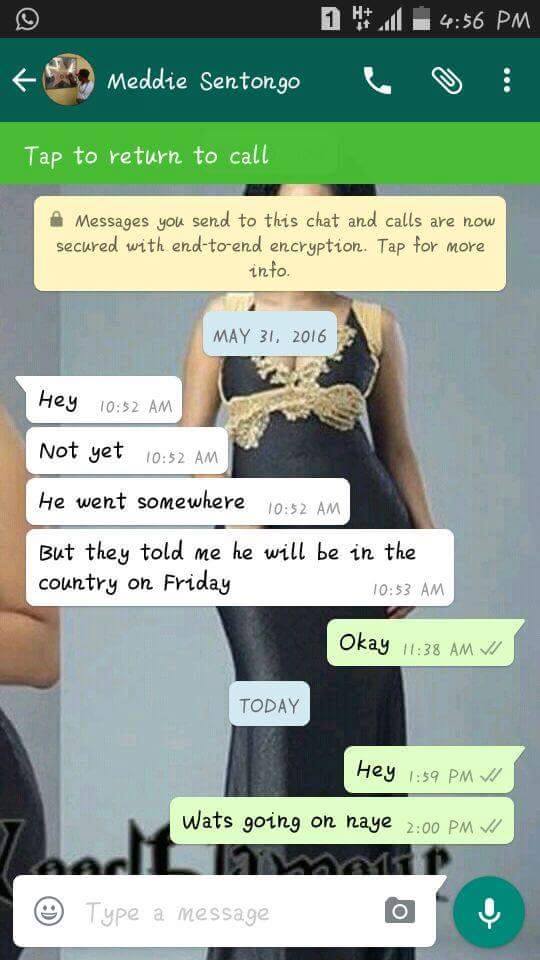 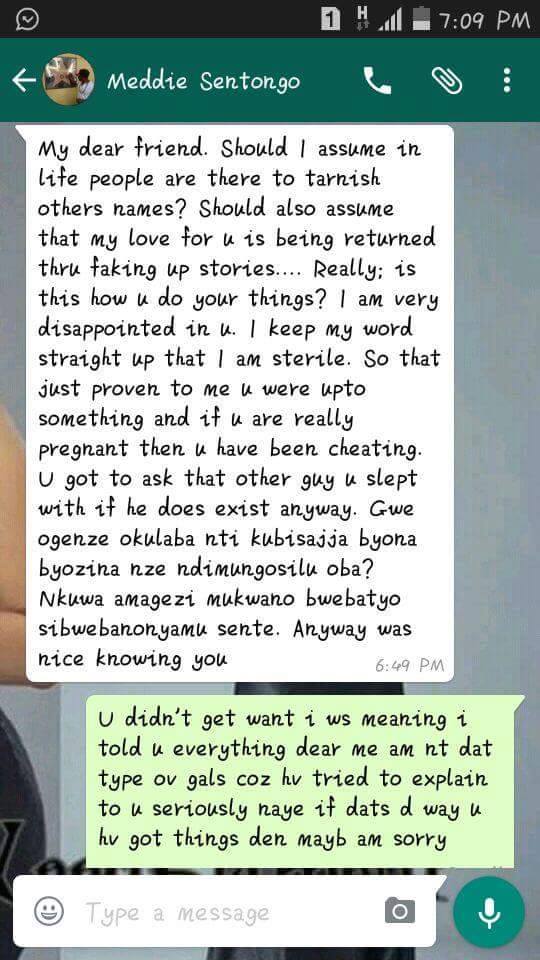 Back to you the reader, What do you have to say?